GAMEFINITY, Jakarta – Tuesday (22/11), ASUS held ROG Innovation Goes to Campus, which is a program to introduce various latest technologies and innovations owned by ASUS ROG and TUF to students. The program, which will be held for the first time at two well-known campuses in Jakarta, also invites students to try various ROG and TUF gaming laptops, especially the ROG Zephyrus Duo 16, ROG Flow X16 and ASUS TUF Gaming F15/A15. The goal is to prove that gaming laptops can be relied upon not only to play games, but also to support student activities and increase productivity in various other fields. Furthermore, ROG Innovation Goes to Campus will also visit campuses in other cities in Indonesia.

“Activities outside of academia such as making videos, short films, 3D graphics, animation, to creating VTuber content which is currently very popular among students and students require computing devices with the best performance and technology,” said Davina Larissa, Head of Marketing ASUS Indonesia. “ROG and TUF gaming laptops are perfect devices for students that are designed not only to provide the best gaming experience. Thanks to technology, innovation, and the best performance, the ROG and TUF gaming laptop lines can also be used to support student productivity in various fields. It’s time to create without limits with ROG and TUF!” 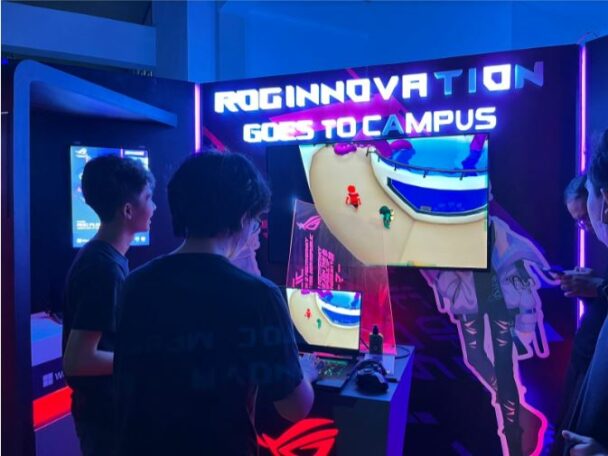 ROG Innovation Goes to Campus will be present at the Trisakti University Campus on 21-25 November 2022 and the Multimedia Nusantara University Campus on 28 November – 2 December 2022. Through this event, visitors can try various ROG and TUF laptops equipped with the latest features and technology, at the same time directly proves its sophistication.

Apart from the ROG Zephyrus Duo 16, visitors to ROG Innovation Goes to Campus can also try the ROG Flow X16, the world’s first and only 16-inch convertible gaming laptop. Even though it carries a 16-inch screen, ROG Flow X16 still looks concise thanks to the Frost Force Technology cooling system which relies on three fans. ROG Flow X16 can also be ported as a tablet with a touch screen, supports stylus use, is supported by MUX Switch, and can be connected to ROG XG Mobile which is the best external GPU solution today. 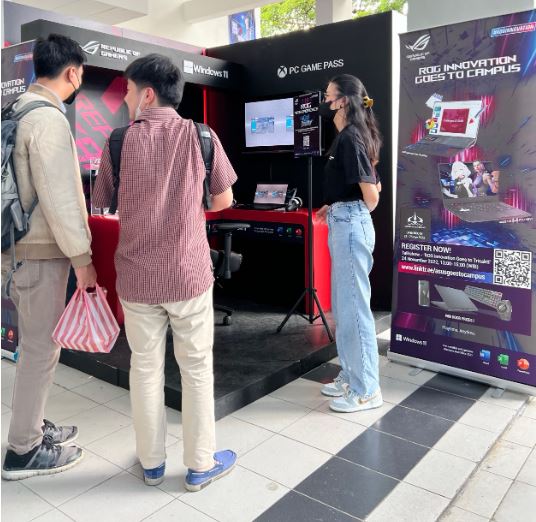 The three laptops represent gaming innovation and technology that ASUS will bring in 2022. All three of them also focus on five main pillars, namely providing the best performance, supported by the most superior display system, powered by a powerful cooling system, appearing with the most innovative designs, and having the leading technology that is future-proof.

High-end laptops require the best operating system. All ROG and TUF laptop lines are now equipped with Windows 11, which is the latest operating system that can support all the needs of students and students. Windows 11 is not only the best gaming platform, but is also supported by a variety of professional applications, research applications and support for academic activities, as well as creative applications.

When you see these features, you will want to replace the phone in your pocket immediately! Which phones are coming to market in 2023?