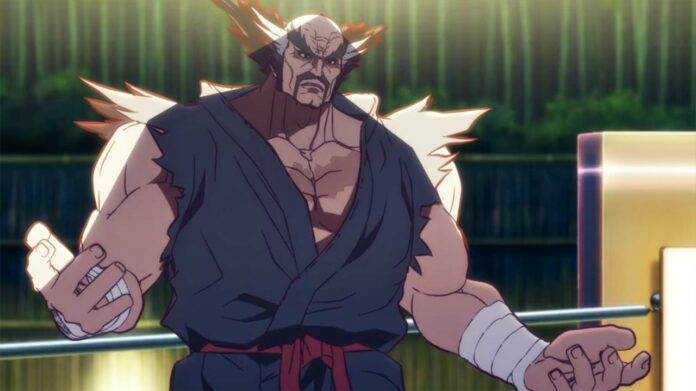 MERING • With Resident Evil Netflix recently messed up a video game series implementation. So much so that just weeks later, it was announced that Season 1 would no longer be continued. The anime series launched at the end of August Tekken: Bloodline such a low blow should probably be spared, because in contrast to non-stop Resident Evil the focus here is much closer to the source material and offers the fans what they expect: brutally staged fights between various audience favourites, packed with cool special moves, spectacular 360-degree tracking shots and slow-motion shots worth seeing.

All of this is narratively held together by a plot that is roughly based on the plot of Tekken 3 shimmy along, picking up on the fate of protagonist Jin Kazama. He grows up with his mother and martial arts trainer Jun and one day has to witness how she is killed by a giant demon named Ogre. Devastated at first, Jin pulls himself together and grants Jun’s last wish by visiting his grandfather, Heihachi Michima. When he finds out about Ogre’s appearance, he takes Jin under his wing and trains him to take revenge on the mysterious killer. The story fulfills its purpose and successfully portrays Jin and Heihachi in particular, but seems a bit too rushed at various points due to only six opening episodes, each approx. 25 minutes long. Considering the stylish duels, an excellent German synchro and minor reinterpretation surprises come Tekken– and beat ’em up enthusiasts still get their money’s worth.

Aroged: Lensa photo editor from Russian Prisma Labs has become the most popular iOS application in Russia and Belarus

Following the results of Black Friday, monobank customers made purchases worth UAH 8.4 billion - against UAH 6.5 billion in 2021 - Aroged

WoW Dragonflight: release time, free mount to recover and level 70... All about the release of the extension