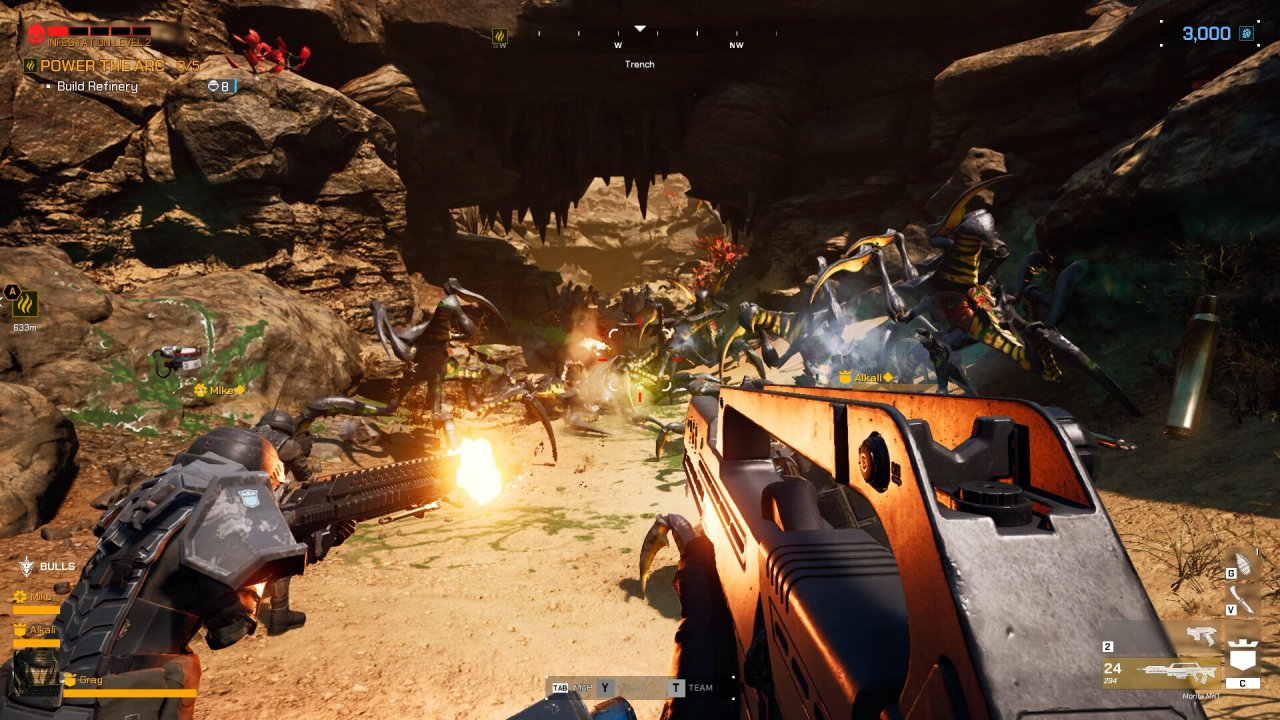 Offworld Industries announced Starship Troopers: Exterminationone first person shooter with cooperative multiplayer for 12 players is inspired by the 1997 film Starship Troopers. The game will be available in early access for PC via Steam in the course of 2023. The announcement was accompanied by a teaser trailer, which you can view in the player below.

From the first official details we learn that in Starship Troopers: Extermination players will team up using operators of different classes in large-scale battles across a vast map. It will be possible to create fortifications, walls and towers on the spot using the resources available to repel insectoid enemies.

“Starship Troopers: Extermination pits up to 12 players in the fight against the Arachnid menace in this cooperative first-person shooter. Gear up and send to a distant front as a soldier in the Deep Space Vanguard, an elite special forces group within of mobile infantry. It’s up to squads like yours to fight against hundreds of bloodthirsty insectoid aliens and retake fallen colonies for the Federation. The only good bug is a dead bug!” reads the official description.

“No soldier is alone. As soon as the Dropship hits the ground, your trusty Morita assault rifle and fellow Deep Space Vanguard Troopers are all that will keep you alive as you explore the hostile surface of planet Valaka. Work together to complete objectives, acquire resources, build and defend a base, then flee to the extraction point together.”

cooperative gameplay: 12 players can team up in teams of four to defend their base, complete objectives, gather resources, and try to kill every Bug in sight.
Three playable classes: Choose from Assault, Support, and Defense classes to best suit your playstyle and support the rest of your squad.
Build defenses: Build walls, towers, ammo stations, and more using resources acquired from planetary refineries.
Class progression system: Unlock new weapons, gear, and perks for each class to become an elite fighter in the Outer Space Vanguard.
Five unique insect types: Encounter bug enemies Drone, Warrior, Gunner, Plasma Grenadier, and Tiger Elite during planetary missions at the launch of Early Access.
Increased levels of infestation – Increasing insect threat levels during missions bring bigger and more dangerous enemies into battle.
Large-scale battles: A huge map with five unique zones and swarm-based combat with hundreds of enemy insects on screen gives the feeling of an engulfing planetary war.
Guerra: Recapture bases and refineries, destroy beehives, and complete a variety of secondary objectives to wrest control of the map from the insect menace.
Sistema Ping: communication is key! The “Ping” system gives players a quick and easy way to call out points of interest, objectives, incoming enemies, and more to teammates.

Below you will find the gallery of images published by the developers of Offworld Industries.

Danger for streaming customers: consumer center warns of fraud on behalf of Disney +