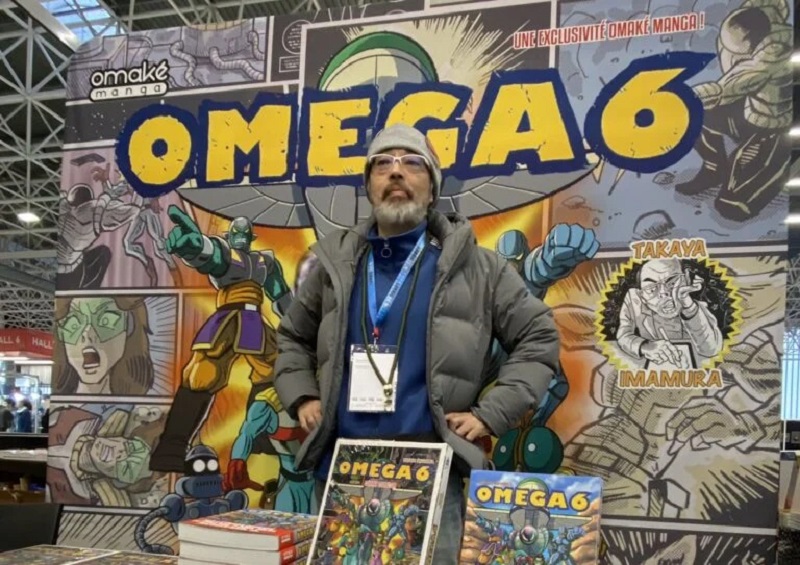 Takaya Imamura, who left Nintendo last year after three decades of work, this week announced and released his debut manga titled Omega 6, which is currently only available for purchase in French.

Shortly after the announcement, Imamura confirmed that Omega 6 The Video Game, a video game planned for the Nintendo Switch in 2023, was in development at Japanese studio Happy Meal.

According to the Japanese site 4gamer, the video game version will be a simple text-based adventure game with the addition of some action scenes that players can control. The game will have an original story based on the manga.

The Omega 6 manga follows the protagonists Grom and Kaira, bounty hunters who travel through space in search of a new planet to replace Earth.

In his previous work at Nintendo, Imamura is known as the creator of the Starfox characters Fox McCloud, Falco Lombardi and others, as well as F-Zero’s Captain Falcon and Majora’s Mask characters, including the fan-favorite Tingle.

The artist is known to have based his creations on his fellow Nintendo developers: Fox was based on Mario creator Shigeru Miyamoto, Falco was based on artist Tsuyoshi Watanabe, and Tingle is said to have been based on legendary composer Koji Kondo.

His latest game was 2016’s Star Fox Zero, which was created in collaboration with PlatinumGames’ studio Bayonetta.

Given its falling price, the Google Pixel 6a is the smartphone to buy on Cyber ​​Monday 2022