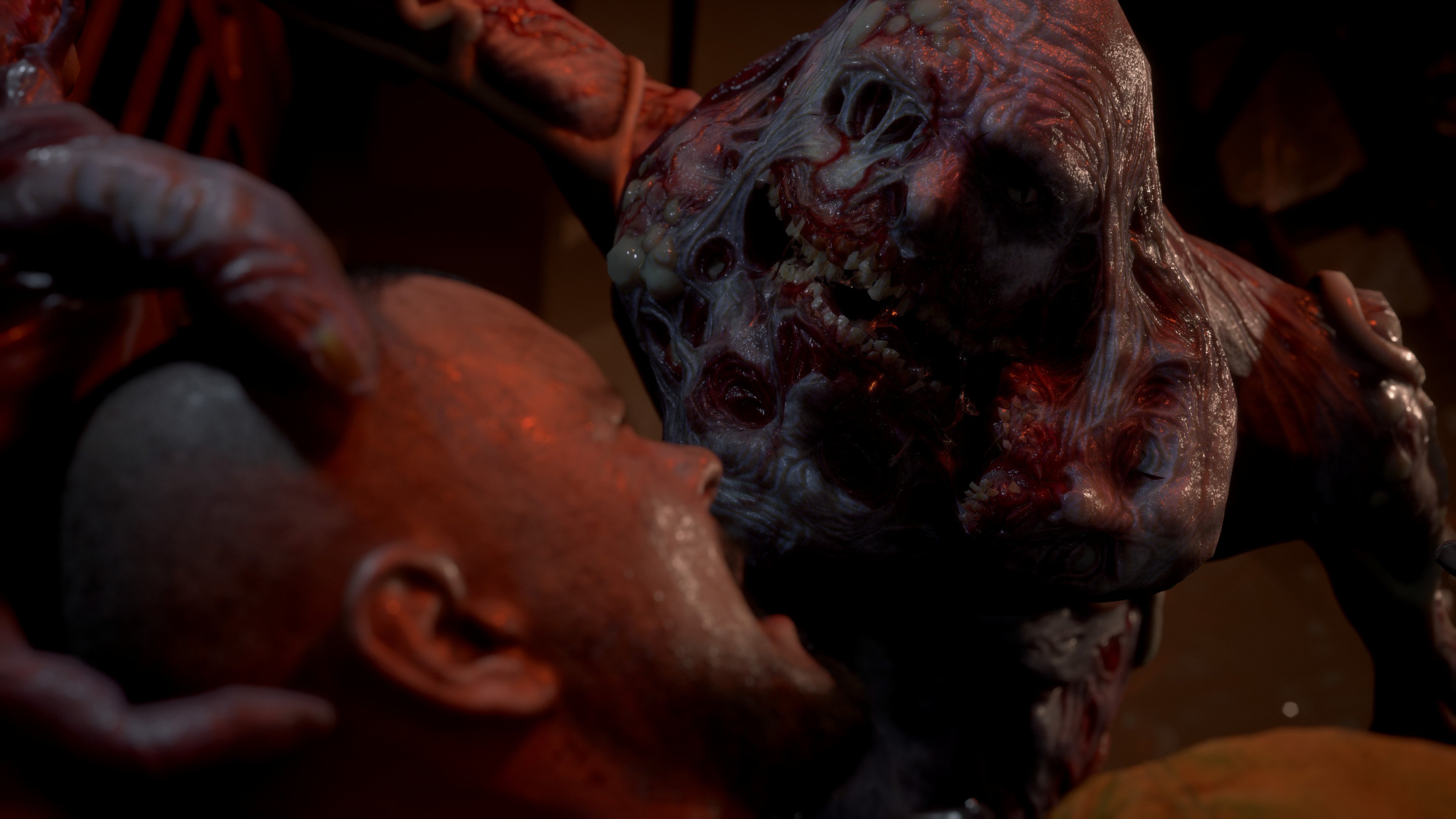 On Friday, December 2nd, Striking Distance Studios’ The Callisto Protocol will be the next abominable survival horror for PC and consoles, which, while not the Dead Space sequel, is strongly reminiscent of this franchise. To mark the occasion, the British tabloid newspaper The Sun has invited the character director of The Callisto Protocol, namely Glauco Longhi, to an interview. Said to be better known for his work on horror films than video games, he also appears in the credits of Uncharted 4 and God of War Ragnarök.

Creatures in The Callisto Protocol are also inspired by Spongebob

In the interview, Glauco Longhi talks about how the design of various creatures in The Callisto Protocol (buy now €178.99) came about and where the inspiration came from. Since the game is set on the moon of Jupiter, players will have to deal with alien creatures. This is where firearms come into play in The Callisto Protocol, but cutting off limbs can also get you where you want to go.

Glauco Longhi explains that a creature’s design had a special need in mind. So if you want a beast that can move along walls, this needs to be considered in the design along with increased movement speed. For some creatures, crazy looks should be the only priority. According to Glauco Longhi, this is how they were brought into play and then tried to get them to work.

08:53
The Callisto Protocol: Horror in Bestform

Of course, the designs of the creatures did not come exclusively from the imagination of the developers. In addition, inspiration was drawn from film and television. Well-known sci-fi horror films such as Event Horizon or Alien should be mentioned here in the first place. Interestingly, cartoons also served as inspiration, as Glauco Longhi explains. The character director mentions Songebob as well as productions from Disney and Pixar. Because while the game is meant to be very real and immersive, many things in The Callisto Protocol need to be stylized to make it more engaging. In terms of stylization and movement, cartoons provide a good starting point. If there is a fast character, you can recognize this immediately by the strong silhouettes.

Suitable for this: The Callisto Protocol: Criticism of the Season Pass

Finally, Glauco Longhi addresses the degree of realism. Consecutive shots in the same spot create larger bullet holes that are supposed to create a more gaping wound. The blood splatters are also more realistic: “When you shoot an enemy, you would expect that blood to hit walls, you expect that blood to hit other enemies.” Blood covers the face mask, smears across the floor as soon as you step into a puddle and move on, and drips from ceilings and edges. “It’s very directional. Whatever’s happening on screen, we wanted to get an appropriate visual response to it,” concludes The Callisto Protocol character director.

Dragon Age 4: Big leak with gameplay and pictures – what changes?

Dave Bautista explains why Guardians of the Galaxy Vol. 3 will be the best in the series

Modding querbeet in pictures: The handicrafts of the community – memory