Ubisoft finally announced the release date of the long-awaited restart of the strategic simulator The Settlers. The new part, which received the subtitle New Allies, will appear on PC on February 17, 2023. The company is also working on versions for the Xbox, PlayStation, Nintendo Switch and Amazon Luna service, but it is not yet known when they should be expected.

As we remember, The Settlers was supposed to be released back in March, but following the results of beta testing, the game was decided to be postponed indefinitely. And now the developers have talked about what they have redone and improved during this time.

In particular, in addition to a single story campaign, players will be able to participate in online battles for eight players, 12 maps have already been prepared for them. A hardcore mode will also be available with a wide range of modifiers and adaptive artificial intelligence.

The Ubisoft team is kicking off a series of livestreams, during which we will talk about the various modes, the mythology of the game, and gameplay innovations. And the first stream will be dedicated to online fights. In the meantime, pre-orders have already started, although the purchase is not available in all countries. 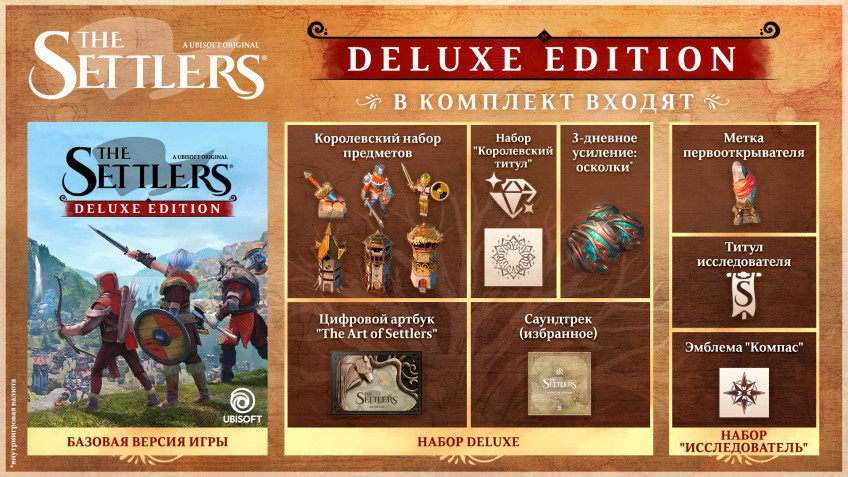 Hogwarts Legacy on PC, new gameplay video at 4K and 60 fps with everything maxed out

Tesla Model 3 is being renewed! Here are the first details

Windows 10 and 11 have a 'Camera on/off' notification, so you can switch it on

Cyber ​​Monday: when looking for a good PC gamer 27 screen, I really didn't expect to win speakers of this quality

No more secrets: Xiaomi reveals where and when the Xiaomi 13 arrive