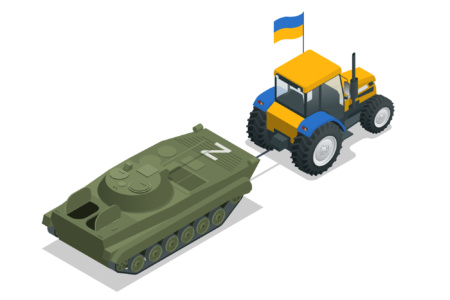 Note that the Oryx project collects information about the military losses of the parties during the war only according to visually confirmed data. So these are real numbers. Vladimir Datsenko prepared an infographic based on Oryx data and calculated how much the Russian equipment captured by the Ukrainian Armed Forces is worth. According to his calculations, Ukraine received weapons from the invaders in the amount of about $1.9 billion. At the same time, we are talking only about heavy military equipment, light weapons and ammunition do not appear in the calculation.

14/ A significant amount of equipment lost by the RF went to the ZSU in the form of trophies.
According to Oryx, UA soldiers managed to seize at least 2,000 pieces of heavy weapons.
The total value of military trophies is almost $2 billion, excluding light weapons and ammunition pic.twitter.com/ane6ed5TWA

So, according to Oryx, only tanks of various modifications of the Armed Forces of Ukraine captured 525 units as trophies. The cost of one tank is approximately $1.55 million, which gives a total cost of $813 million. The Ukrainian military also captured more than 1,000 armored vehicles of various types, 188 guns, 51 multiple launch rocket systems, 25 air defense systems, more than 500 vehicles and 1 helicopter.

The total value of military equipment lost by Russia (including the cruiser Moskva, which reached its final destination) during the war in Ukraine is approaching $21 billion. Russia’s direct military spending over the 9 months of the war is about $82 billion (excluding other defense spending and economic losses ). This is about a quarter of the annual budget of the Russian Federation.

Doogee V30 is the first 'hard' smartphone to have eSIM

For Black Friday, even the Nintendo Switch OLED is on sale

WB Games Hires For Its Next AAA Game: It May Have Multiplayer Components

Confirmed: This Star Wars flop will not get a sequel