A balanced configuration for a gaming PC contains some stumbling blocks and by no means everyone can see through the hardware jungle between graphics cards, mainboards and CPUs. Putting together a gaming computer doesn’t have to be complicated. Based on the current development of the hardware market, you will find general information on PC components and, on the following pages, exemplary configuration suggestions in different price levels in a revised form.

Current developments in the hardware market

November 29, 2022: The Christmas business is just around the corner, manufacturers are particularly vying for the favor of buyers and the new GPU/CPU generations are tempting many a gamer and professional to upgrade. After months of dry spells, life is finally coming back to the PC hardware segment. Time for an update.

On the graphics card side, there are now three valid manufacturers, because in addition to the well-known GPU giants Nvidia and AMD, Intel is also joining them this year with the Arc series. Nvidia is currently making headlines with the new Ada Lovelace generation, thanks to the Geforce RTX 4090 24 GiB and RTX 4080 16 GiB. These are primarily intended for extremely demanding users with at least around 1,470 or a proud 2,200 euros – in addition to significantly more powerful ray tracing performance, Nvidia also relies on the so-called frame generation within the third iteration of DLSS upsampling. Meanwhile, AMD is launching the new Radeon RX 7000 series cards, starting with the RX 7900 XTX 24 GiB and the cheaper XT variant with 20 GiB, which will be released on December 13th. Due to the Ethereum merger and the resulting profitable GPU crypto mining operations, GPU prices are no longer overpriced across the board. With Nvidia, however, amps remain in the stable, higher range (e.g. the RTX 3080 10 GiB for around 780 euros), while AMD’s RX 6000 series GPUs are falling in price comparatively faster (e.g. the RX 6800 XT 16 GiB for 680 euros).

When it comes to processors, Intel with Raptor Lake and AMD with Ryzen 7000 currently offer a high-performance new offering in the clock range of sometimes over 5.0 GHz. With Intel’s Alder or Raptor Lake, the memory generation can still be selected by selecting the mainboard version, with AMD’s Zen 4, on the other hand, only DDR5 instead of DDR4 is possible. Both board bases would have it in price, but with Raptor Lake you can save even more with older socket 1700 boards than with the AM5 mainboards with a new socket.

In our detailed purchase advice you will find further, detailed information on the respective specialist areas. Here is an overview with interesting and further articles about the components of a (new) desktop computer: 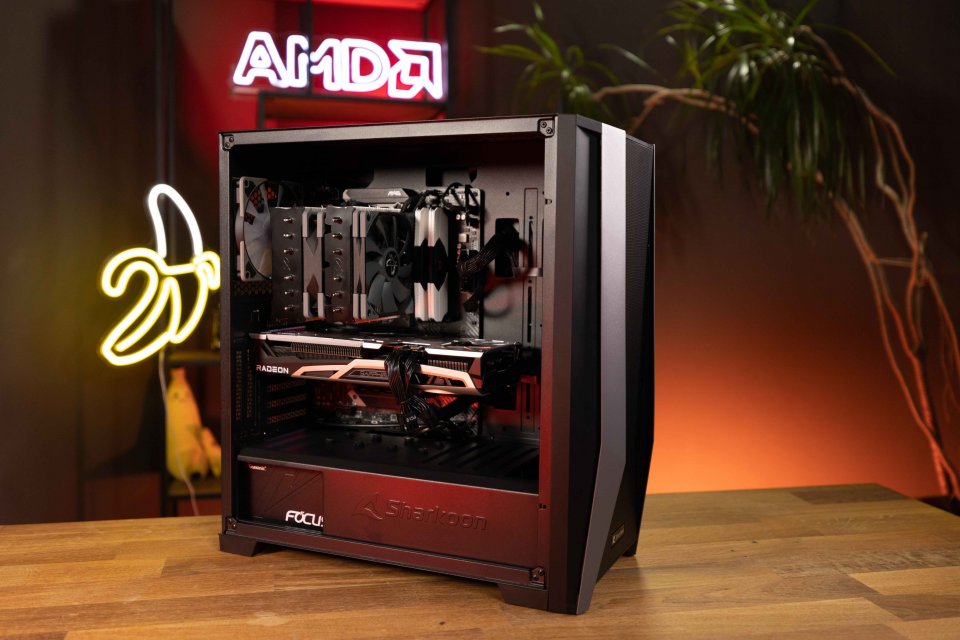 Buying a computer assembled in a complete package costs more than building it yourself. Configuring and assembling is not that difficult, as long as you use some patience and instructions for the first time. Source: PC Games Hardware Choosing the right components for a gaming PC not only requires good knowledge of the benchmark values ​​of all relevant components, but also includes important information such as compatibility, power consumption or knowing whether the platform is in can be upgraded in the future. On the next few pages we will try to name at least the most important points about the PC for you. Do you have any other requests, suggestions or questions? Then feel free to comment and discuss in the corresponding thread of the article below!

PlayStation Store discounts: PS4 and PS5 games not to be missed for 1.99 euros

Call of Duty Modern Warfare 2: How to access the first raid, Atomgrad