BloombergNEF experts conducted a study of the autonomous vehicle market and concluded that, despite the slow pace of development, it has good prospects for further growth in the coming years. In their opinion, the main drivers of this segment will be the development of supply chains and the integration of technologies that facilitate the widespread introduction of robot taxis. 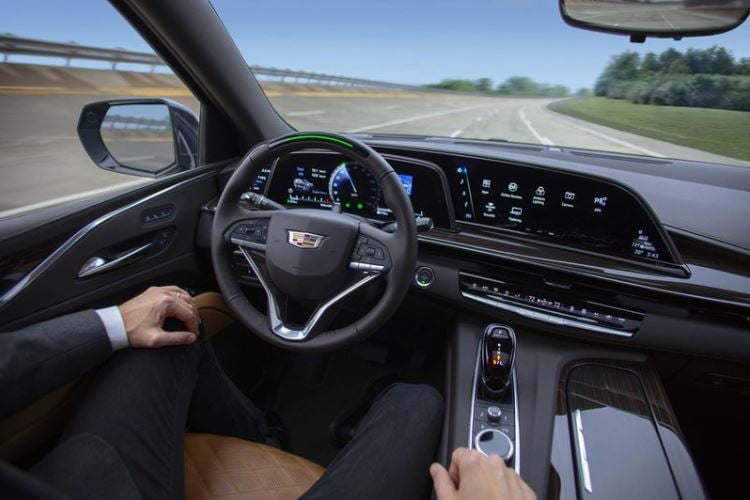 The report notes the success of some companies that have succeeded in creating a commercial taxi service using unmanned vehicles. Waymo, which is gradually expanding the reach of its self-driving taxis in the US, Cruise, which has already launched a commercial robot taxi service in San Francisco, and Chinese Baidu, which uses self-driving cars to transport passengers in Wuhan and Chongqing, have achieved the greatest success in this.

BloombergNEF estimates that the global market for advanced driver assistance systems (ADAS) will grow to $220 billion by 2030. Analysts have calculated that by 2025, cars with a second level autopilot (partial automation) will occupy more than 50% of the total volume of passenger cars sold in the world. Level 2 self-driving cars are expected to peak in 2028, when about 53 million self-driving cars will be sold worldwide. 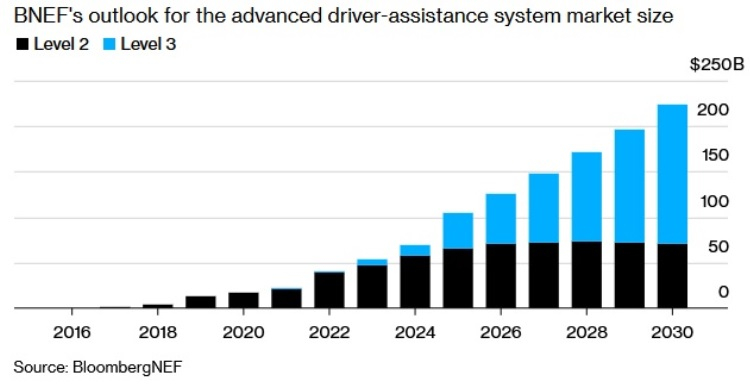 As for cars with more advanced third-level driver assistance systems, their popularity is expected to peak in 2033, and analysts estimate that sales will be about 50 million cars. Level 4 and 5 self-driving robotic vehicles will by now make up a small portion of the autonomous vehicle market. However, the widespread adoption of lower-level automation systems will gradually reduce the cost of the components needed to build a more advanced autopilot, so that over time, autopilot levels 4 and 5 will become increasingly popular.

The gradual expansion of ADAS will help create a vast market for suppliers. BloombergNEF predicts that Level 2 autopilot systems will be worth $70 billion a year by 2026. It is also predicted that the total sales of ADAS of the second and third levels in 2027 will be about $150 billion.

Despite such an optimistic point of view, BloombergNEF experts note that underperformance of obligations and excessive promises from manufacturers can play against them. This is especially true in the development of mission-critical software for autopilot. Tesla, for example, has already faced criminal investigation in the US over its claims of self-driving cars. Despite this, the automaker continues to roll out the Full Self-Driving Beta driver assistance system, which, contrary to its name, is only a second-level driver assistance system.

Certainly, ADAS systems have clear benefits for both consumers and car manufacturers. However, both should take a responsible approach to the implementation and use of the autopilot.

Thick Resin in Genshin Impact: how to get the recipe and make