11/29/2022 at 10:00 am by Sebastian Glanzer – Patch 25.0 for Hearthstone fixes some bugs in the game and provides updates for the Mercenary, Duel, Arena and Battlegrounds modes. The patch also serves as a prelude to the upcoming March of the Lich King expansion.

Patch 25.0 for Hearthstone will be released today (11/29/22). The update gets players in the mood for the start of the new expansion, March of the Lich King, which goes live on December 6, 2022. In the blog post for patch 25.0, the developers announce a launch event for March of the Lich King, which will be active from December 6th to December 20th and will bring a matching card chaos starting on December 7th.

In Deck Formula Brawl, you play with pre-made decks. Players playing the new Death Knight class will be assigned one of three different decks centered around the Death Knight’s runes (Frost, Blood, and Unholy). In addition to some mercenary updates, the patch also includes a few battlefield changes. A brand new hero named Upgrade-o-Bot enters the mode and some updates are made to Hireling, Duel and Arena modes. 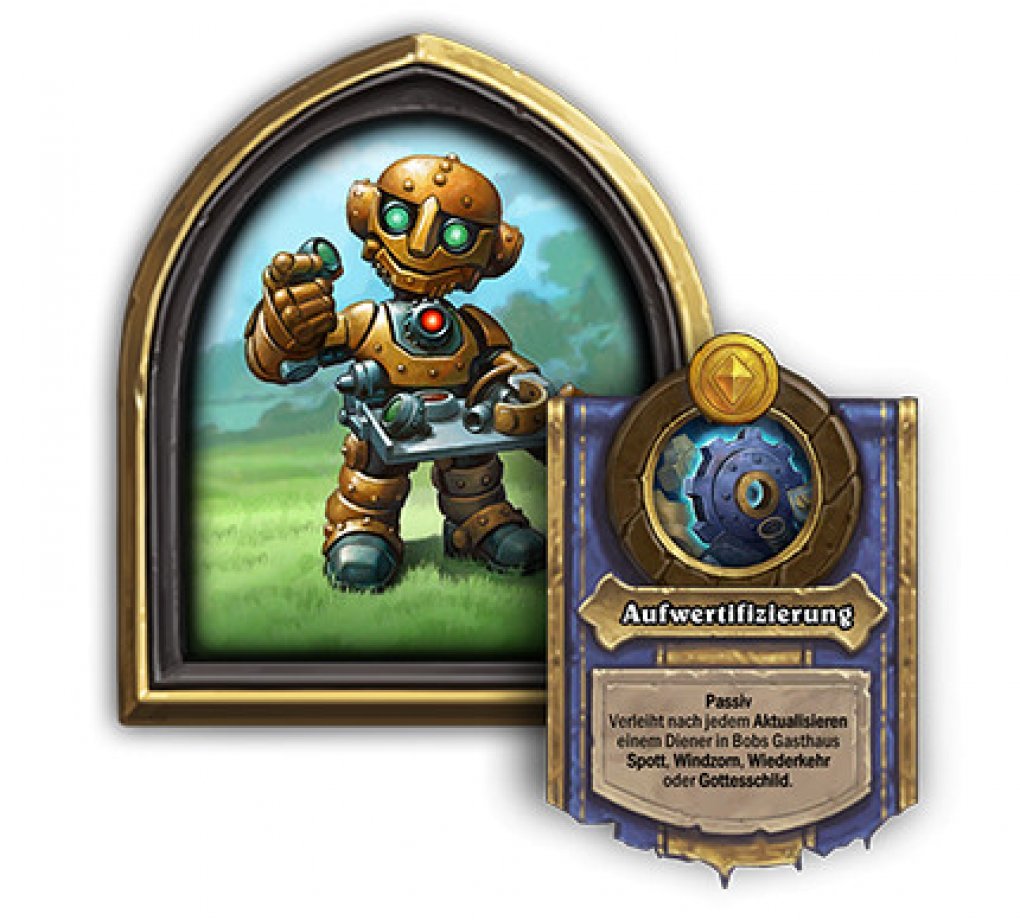 Hero Power: UpgradePassive. After each upgrade, grant Taunt, Windfury, Resurrection, or Divine Shield to a minion in Bob’s Tavern.Developers’ comment: Each upgrade has the same chance (25%). However, a minion will not receive a keyword that they already have. So, after updating, if one of the keywords is present on ALL minions in the inn, a different one will be rolled.

So Aufwert-o-Bot has similar abilities to the card of the same name from the Goblin vs Gnome expansion. The new quest rewards are also based on the abilities of the robot card.

Upgrade-o-matik: At the start of your turn, gain an upgraded spare that grants +5/+5 and a random bonus.

Developer Comments: Each upgraded spare part has the same chance (25%).

On December 6th, when March of the Lich King is released, all ongoing Arena Rounds will end and a new Arena Season will begin. The pool of arena sets will rotate and these sets will be available in the arena:

Hearthstone: March of the Lich King – Streamers introduce you to new decks

On December 1st, Hearthstone Content Creators will show you new decks from the March of the Lich King expansion (Twitch Drops included).

In an interview about the new Hearthstone expansion March of the Lich King, the Blizzard devs reveal more about the death knight and upcoming features.

Additionally, Death Knights will become available as a playable class in the arena. When playing as a death knight in the arena, deck building will dynamically update based on your chosen cards to reflect the death knight rune system. By the way, you can read exactly how this works with the runes in the arena in the summary of our group interview before the launch of March of the Lich King.

World of Warcraft: Dragonflight - dragons in pop culture are rated out of 10

Nintendo: here are the titles that Japanese fans would like to be transformed into anime