Apple threatened to remove Twitter from the AppStore without explanation.

Musk criticized the 30% commission in the AppStore, then saying that Apple threatened him to remove Twitter from its app store. He asked the CEO of Apple, “What’s going on?” 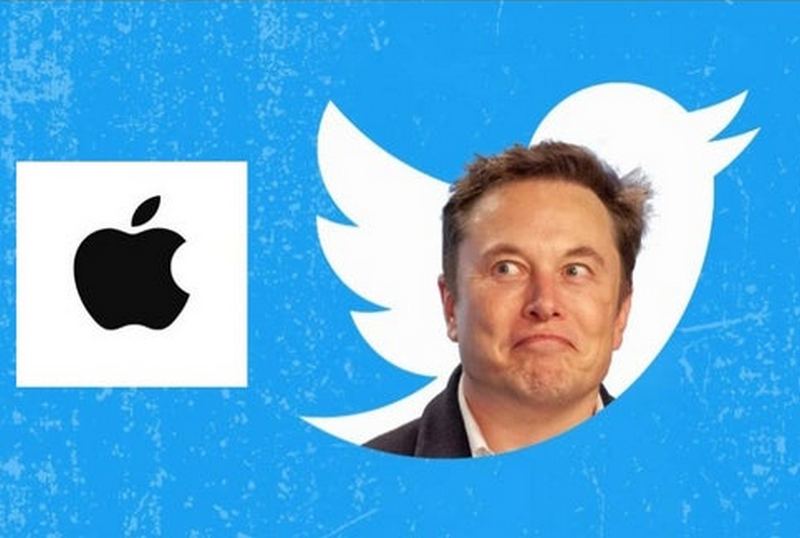 Apple has threatened to remove Twitter from its AppStore, entrepreneur Elon Musk has said. He indicated that the company did not explain the reason.

Musk said Apple also suspended nearly all ads on Twitter, asking if it was doing so against free speech. He turned to Apple CEO Tim Cook with the words “what’s going on?” and published a meme saying that a businessman would rather agree to a war with a corporation than a commission.

The entrepreneur also drew attention in several tweets to the fact that Apple charges a 30% commission on all payments in the AppStore.

The Financial Times wrote about Twitter’s problems with advertisers, its industry sources said that after the massive layoffs of employees of the social network, many large advertisers encountered problems and decided to suspend spending on Twitter. They could not launch new advertising campaigns and track the effectiveness of old ones. A top manager from one of the largest advertising agencies told the newspaper that the situation was unique: “The turmoil, the damage – nothing like this has ever happened before. Never”. Another source said that Musk personally called advertisers, urging them not to cut investments.

At the same time, according to Musk, the number of time spent by users on Twitter is growing, the dynamics of the growth of new registrations is growing. He predicted that in a year and a half the number of social network users per month would reach a billion.

Pavel Durov, the founder of Telegram, also criticized the Apple commission; he called the corporation a monopolist. “I hope that regulators in the EU, India and other countries will start to take action before Apple destroys more dreams and crushes more entrepreneurs with a tax that is higher than any VAT collected by the state,” he stressed.

The Federal Antimonopoly Service of Russia indicated in July that Apple violated antitrust laws and “abused its dominant position in the market for distributing iOS applications.”

Portugal and Brazil in the playoffs of the World Cup, the fiasco of Dnipro-1, the arrest of Zapisotsky