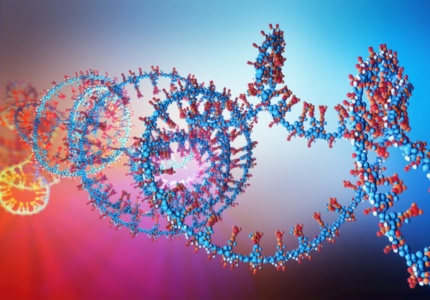 The new mRNA vaccine, which has not yet been tested in humans, includes several influenza strains with pandemic potential that could be transferred to humans from animals.

A new study published in the journal Science demonstrates the potential of a single mRNA vaccine to protect against all 20 known subtypes of influenza A and B viruses. It is hoped that the vaccine, which has been effective in preclinical animal models so far, will prevent future influenza pandemics. promoting immunity against strains of the virus that have not yet passed from animals to humans.

Vaccines train the immune system to recognize specific parts of a pathogen. When real danger comes, the body can quickly “remember” this workout and fight back. Annual influenza vaccines typically focus on the two to four antigens of the strains most likely to spread at the appropriate time. The latest COVID-19 vaccines focus on just one iteration of the infamous SARS-CoV-2 protein.

So far, with the latest mRNA booster of Omicron’s bivalent vaccine, researchers have included two specific antigens in one shot. But what if a single vaccine could help train the immune system to recognize dozens of different iterations of the same virus? It is this idea that researchers at the University of Pennsylvania’s Perelman School of Medicine explored in their landmark study.

A recently published study reports on trials of a polyvalent vaccine in mice and ferrets. As Scott Hensley, senior author of the new study, explained, the main takeaway from these experiments is that the animals developed different antibodies against all 20 flu strains. This shows that a single mRNA vaccine can effectively provide broad protection against a large number of different antigens.

We developed a new multivalent mRNA vaccine against all known influenza virus subtypes. Our study describing the vaccine was just published in @ScienceMagazine. 1/nhttps://t.co/HxTKm47EC3

The idea behind the new vaccine is not to prevent influenza, but to reduce the severity of the disease. Initial animal studies indicate that this is possible because the vaccine is effective in preventing severe illness in mice exposed to both the specific strains contained in the vaccine and flu strains other than the specific 20 targets.

Perhaps the most unusual aspect of this vaccine is that it contains antigens from flu strains that have not yet entered the human body. Many of the 20 antigenic targets are influenza types currently only active in animals. But, according to Hensley, the main goal here is to get ahead of the next pandemic by creating some level of broad immunity in the population.

«[У мышей] the vaccine prevented severe illness and death from viruses that were different from the components of the vaccine,” said Hensley. “This is reminiscent of the situation with the pandemic. And this is our goal: to achieve a baseline level of immunity in the population that will not necessarily prevent infection with new pandemic strains, but rather prevent severe illness and death caused by them.”

This work is far from the first to explore the potential of mRNA vaccine technology to fight influenza. A number of mRNA influenza vaccines are in various stages of testing. More recently, a team of researchers demonstrated the preclinical efficacy of an mRNA vaccine that targets four specific influenza proteins and is believed to provide universal protection against most strains.

The hypothesis is that administering such a vaccine, especially to very young children, could help tune their immune memory against all influenza subtypes for their entire lives.

“The idea here is to create a vaccine that will give people a baseline level of immune memory to different flu strains so that there will be far fewer illnesses and deaths in the next flu pandemic,” Hensley said. “We think this vaccine could significantly reduce the chances of ever getting a severe flu infection.”

This radical new strategy unlocks the potential of mRNA technology and changes the way vaccines are used. While preclinical trials are ongoing, phase one human trials are planned.