The PC version of “Red Dead Redemption 2” has just celebrated its third birthday. At the same time, a new record for simultaneous players has now been set. 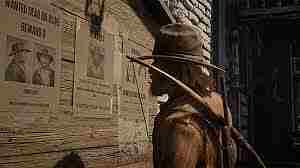 SteamDB reveals that “Red Dead Redemption 2” was played simultaneously on Steam by 66,492 people the day before yesterday, which is a new record. The old record is 55,000 simultaneous players on December 26, 2019, shortly after launch.

Red Dead Redemption 2 was released on October 26, 2018 for PS4 and Xbox One. The PC implementation followed on November 5, 2019, while Google Stadia was supplied two weeks later, on November 19, 2019.

Xiaomi: MIUI 14 arrives with several welcome new features and a huge number of equipment for today