The numerous shifts and the sparse release lists apparently ensure that some older titles reach new heights. So does Rockstar’s Red Dead Redemption 2. 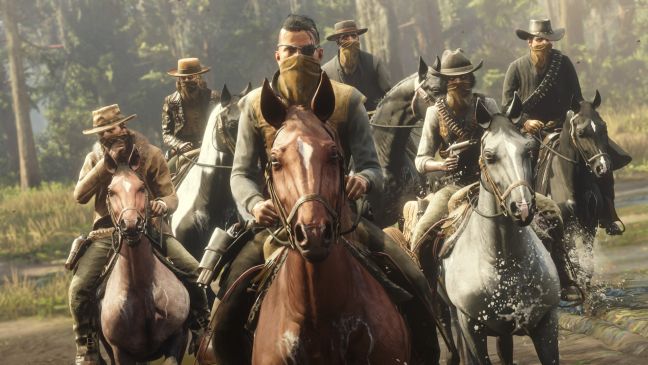 Three years after the release, you don’t really expect any big records, even if they are top titles. Exceptions confirm the rule, of course, see GTA 5 … Rockstar’s western epic Red Dead Redemption 2 was declared dead at least a few times, especially after it became known that no great content was to be expected after Rockstar had all possible resources put into the development of GTA 6.

The reasons are varied. One is certainly Steam’s fall sale, which saw the game discounted by 67 percent, fittingly for Thanksgiving weekend in the US. Furthermore, the autumn release list has been greatly thinned out by numerous shifts, which gives quite a few players the opportunity to work off their “pile of shame” or to look for a replacement in the stores with various discount campaigns. Bigger titles like The Callisto Protocol, Need for Speed ​​Unbound and Marvel’s Midnight Suns won’t be available again until December 2nd.

Apart from that, the fact that Steam is currently attracting more players than ever also plays a role. Last weekend, Steam recorded over 31 million simultaneously active users for the first time. Since the beginning of the corona pandemic, Steam has recorded a continuously increasing number of users, which also means that more and more publishers such as EA, Activision, Microsoft and, apparently, soon Ubisoft are returning to Steam.

On the PC you can now look forward to DLSS with a supported NVIDIA graphics card. The new trailer shows you what it looks like in action.

Like A Dragon Gaiden, the Cabaret Club is back: RGG Studio is looking for candidates for the minigame

PlayStation Plus Extra & Premium: The new additions in December 2022 at a glance

For Lost Ark, they are preparing a new class and a whole continent for PvP