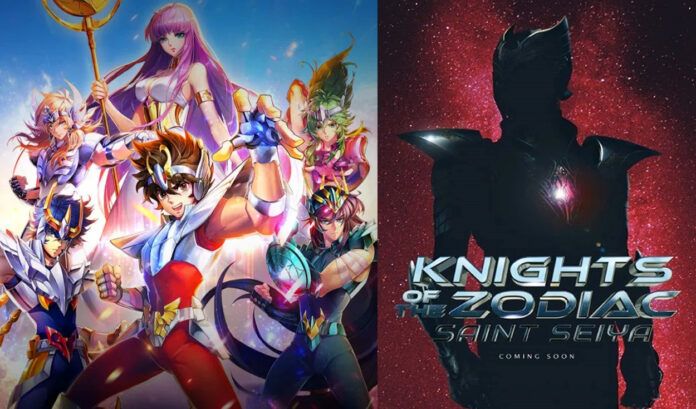 The live action of Saint Seiya, to be released in the course of 2023, is shown surprisingly in the first teaser trailer.

Since its announcement the fan base of the maximum work of Masami Kurumada she had remained very skeptical about this latest adaptation, after the sensational negative results of the CGI film a few years ago, and of the reboot by Neflix, now passed to Crunchyroll of the main series.

SCertainly one of the things that most worries fans in view of the live action is the design of the armors, which are literally one of the most iconic things in the series, especially those of the 12 golden knights and the 5 bronze armors of the main protagonistsas well as obviously the story that more than once, in the various adaptations, has gone off the rails taking not exactly apt poetic licenses that have ruined the “magic” of the original series.

From the short teaser we can see one initially battle between two knights, literally in heaven. A gold Saint, who seems to be Capricorn but could very well also be Tauros, although the armor does not appear as massive as the one worn by Aldebaran, lashing out against some kind of demon. Now, it is not clear what it is, but going by exclusion he could be one of the Specters of Hades, whose armor recalls demons and is mostly equipped with wings. At first glance one would think it is the Knight of the Harpy given the shiluoutte of his design.

In a second moment we can see gods heavily armored soldiers, enter a building and shoot at full speedand here is already one of the first notes that clash, although paramilitary organizations had also been seen in the Neflix remake with strong disapproval of the fans.

We later see a female figure, presumably Dea Athenabut very far from resembling Saori from the anime, but it is a detail that can also be there.

The first armor of the bronze knights that we see in action is probably, at least from the shoulder straps, that of Fenix, a slightly different design from the original in terms of colors and the lack of phoenix tail appendages.

Other sequences appear to show scenes possibly related to the Grand Templee fMitsumasa Kido, Saori’s grandfather and “father” of the 88 boys sent to get their own armor, played in this film by Sean Bean, also made his appearance.

Finally we see Seiya behind him wearing his Pegasus armoralthough at first glance it would seem version 2, the one that the protagonist wears starting from the series of Odin in the anime or Poseidon if we talk about the manga.

We also always have a close-up on Seiya as a simple fighterwith the leather armor that is worn by the students of the Great Temple and which could be a reference to the training of the Pegasus Knight.

The teaser doesn’t show anything else, but we hope soon to be able to admire an extended trailer full of details, as well as an official date. Let’s hope that this time the cosmos can burn properly.

The film will be distributed by Sony in the West, and in Japan by Toei Animationhouse that also takes care of the animated series of Saint Seiya.

Samsung Pixel 7 should be the name of Google’s smartphone