It won’t be long before you’ll be scaring your spacesuit apart in The Callisto Protocol. However, the terrifying designs of the monsters have a source of inspiration that might take some of the fright out of them. 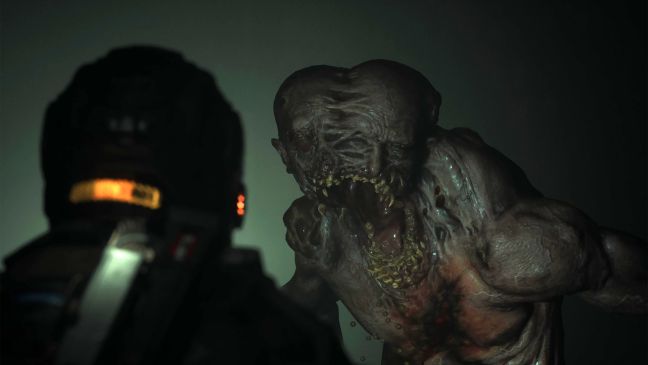 Glen Schofield is truly a hit in every lane. He gained great fame in the gaming industry as the creative mind behind Dead Space, which is about to be remade. After founding the Call of Duty studio Sledgehammer, however, he was drawn back to space horror. The Callisto Protocol will be released next Friday, December 2nd, the debut of his new studio Striking Distance. Although the space mutants look wonderfully gross and not suitable for minors, they were inspired by a cute children’s cartoon.

None other than Spongebob Squarepants was the godfather for the designs of the beasts. The character director, Glauco Longhi, reveals this in an interview. “We look at cartoons for their stylization and movement. Even if it [The Callisto Protocol] is very realistic and immersive, we stylized many movements and animations to make them more appealing.

As an example of these optical adjustments, however, he cites elements that do not go with the SquarePants at all. More specifically, the way body parts are severed or the blood itself.

Of course, the influences include much more obvious examples. That’s what Longhi calls the films Event Horizon and the Alien series. Even more important to the designers than stylistic models was the force behind every blow and every action. As a player, you should feel right when you beat up a biophage or take a hit yourself. You can find out for yourself from Friday whether the striking distance was successful. The Callisto Protocol is coming to Xbox One, Xbox Series X|S, PS4, PS5 and PC.

Shortly before the launch of The Callisto Protocol, a live action TV spot was released showing Josh Duhamel in the walls of the space prison.

Diablo 4 tried, our first impressions: we’re back in hell