So far, those responsible at CD Projekt have not been able to elicit too many details about the recently announced remake of the role-playing classic “The Witcher”. As confirmed in the current annual report, connoisseurs of the original can look forward to an interesting innovation in the remake. 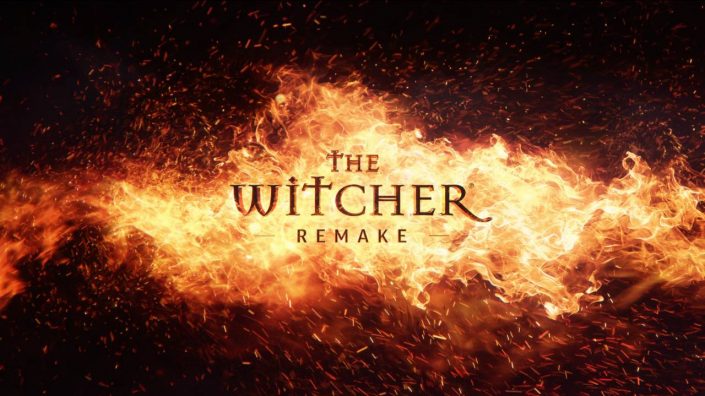 As the developers at CD Projekt announced a few weeks ago, the Polish studio is pursuing ambitious plans for the future with the “The Witcher” brand.

So not only is a completely new trilogy in the world of “The Witcher” being worked on. Additionally, CD Projekt recently announced a remake of 2007’s original The Witcher in collaboration with Fool’s Theory. Fool’s Theory is a fledgling studio made up largely of developers who have worked on The Witcher series in the past.

As CD Projekt confirmed in the current business figures, the remake of Geralt’s first great adventure will not simply be a 1:1 implementation in a new technical guise.

Instead, the studio speaks in the annual report of a modern interpretation of the role-playing classic, which is given an exciting innovation in the playful area. In contrast to the original released in 2007, the remake of “The Witcher” is provided with a classic open world, as we know it from “The Witcher 3: Wild Hunt”, for example. Without going into too much detail, CD Projekt pointed out that the remake’s open world is driven by its stories.

It is currently still unclear when and for which platforms the remake of “The Witcher” will be released. Since, according to official information, the new edition is still in a very early stage of development and is being developed on the basis of Unreal Engine 5, we can probably assume a release for the PC and the current PlayStation 5 and Xbox Series X/S consoles.

More news about The Witcher:

It is also still in the stars whether we can expect a return of the original Geralt speaker Doug Cockle in the English-language version of the remake. This one got loud own information has not been contacted by CD Projekt so far and only found out about the return of the role-playing classic from the media.

More news about The Witcher.

Elden Ring, Cyberpunk 2077, GTA V… these big names in video games have been surpassed by this addictive independent title!

DualSense Edge: All information about the noble Pro-Controller for PS5