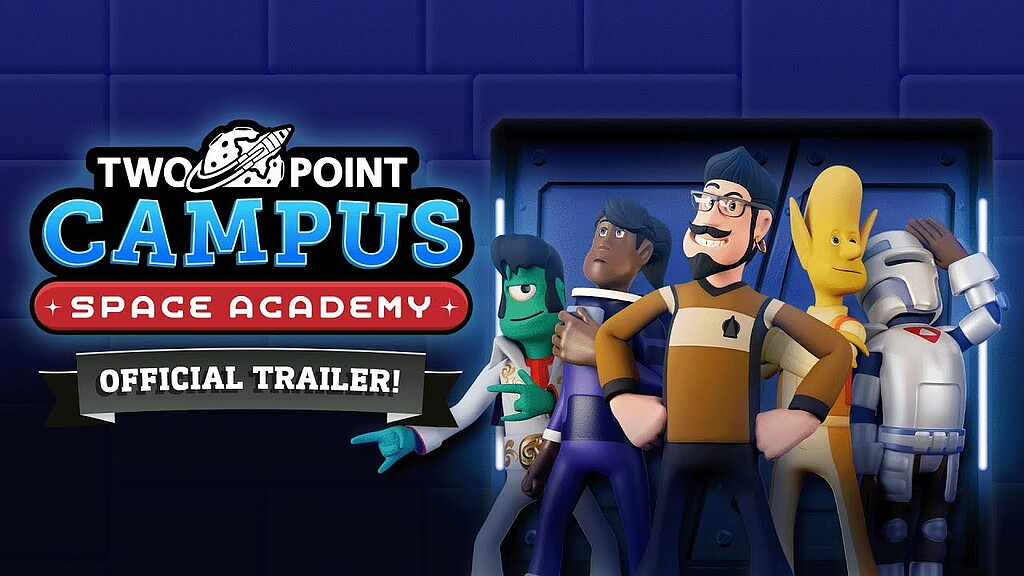 Space Academy offers a whole host of new features, including three stellar campus locations, six student archetypes to be welcomed aboard, six funky courses and classrooms, and much, much more.

Players begin their off-world adventures in Universe City, where they will revive Two Point County’s defunct space program to lead it to its former glory. And they need help on the frontlines of galactic defense, interdimensional diplomacy, and preparing the county for life abroad. The Space Academy also features the first two-point campus outside of the county, where you settle on a suspiciously cheesy asteroid and plunder its natural (and delicious) resources.

New classrooms like the Command Room will give your students the confidence to set phasers to stun, while the Battle Room will set tempers high and students duel with energy swords. As a player, you must recruit world-class talent – in order to populate your campus not only with aspiring astronauts and space knights, but also with alien students thirsty for the forbidden knowledge of the galaxy… such as the crafting of the “Golden Gubbins”.

And it wouldn’t be a college without a party – and students will have plenty of opportunity to organize new events such as See a sorority sci-fi convention, see the cosmic king of rock ‘n’ roll, or join a brand new club that has a time travel twist. “Two Point Campus” is a charming college management simulator in which players must build and manage the college campus of their dreams. From designing stylish dormitories to laying out ornamental pathways and gardens, players have the freedom to pimp their campus with new and easy-to-use creative tools to build their own educational masterpiece.

Google is working on Gmail and Calendar for Wear OS - Aroged

The Callisto Protocol, first review assigns a perfect score and reveals its duration

A Caterpillar dump truck with a giant electric battery successfully covered a 7-kilometer distance, accelerating the speed to 60 km/h

Tron gets the third part – but my anticipation is curbed directly