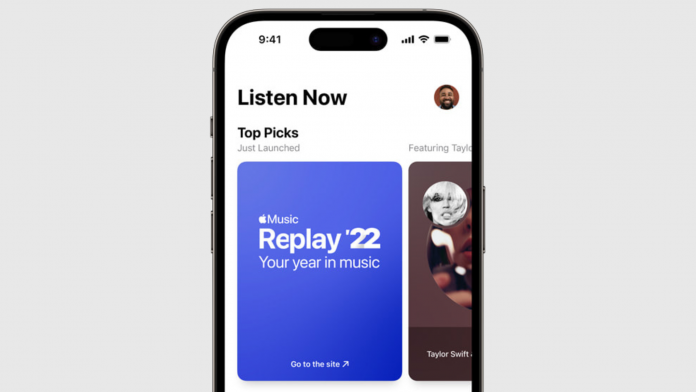 As an Apple Music user, you will also be able to gain insights about the music you’ve listened to this year.

Apple Music Replay has been around for longer than this year. In previous years, you mainly received a playlist with your 100 most listened to songs. However, that was it until now. Apple has taken the mustard from Spotify and has further expanded their Replay functionalities.

In many ways, the new Apple Music Replay is very similar to Spotify Wrapped. You will be able to see which songs, albums, artists and genres you have listened to the most. You will also be able to find out the number of minutes you have listened. With Music Replay you don’t get a percentage, but you will find out if you are in the top 100 listeners of an artist. As you go through the overview, you can share separate slides on your social media just like with Spotify. At the end you still get a playlist with your 100 most listened songs.

How do you watch Apple Music Replay?

You can view Replay by going to replay.music.apple.com and logging in with the same Apple ID you use for Music. That is also the only way. It is currently not possible to consult Replay via the app itself. If you open it, you will receive a message that you can look at your Replay overview.

According to Apple, you have to listen to “enough” music to access the overview. You can also see how much music you still have to listen to on the Replay website. Also nice to know: the Replay playlists from now and previous years will remain available via the Apple Music app. You can view the overview itself up to and including 31 December. After that, a “shortened version” will remain available.

Budivelnik - Groningen. Forecast and announcement for the match of the FIBA ​​Europe Cup

Aroged: Despite the exodus of major publishers, the gaming industry in Russia continued to grow this year

I like rings of power #8 – but what remains of the festival?