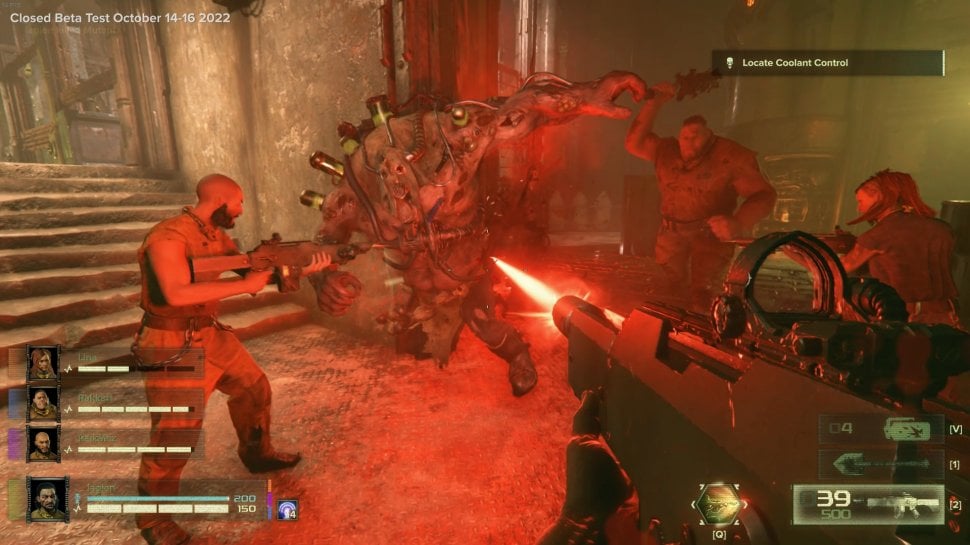 Warhammer meets Left4Dead, what a mix! With the Vermintide games, developer Fatshark has already shown twice what massive co-op action in the Warhammer universe should look like. Now the sequel is finally here, and with it the big question: does it all work in the world of Warhammer 40K? As a shooter? And how that works! Despite the creaks and the sci-fi setting, Darktide has everything that the predecessors already distinguished. It’s dirty, bloody, nerve wracking – and it looks great. If you like intensive multiplayer action and prefer to tear through hordes of opponents in co-op, you won’t find anything better at the moment. In the current test, we look at what Darktide does really well and where its (expected) weaknesses lie. But first we need to clarify one more thing.

Why no rating yet? Darktide has been officially available since November 30th, but it has been playable for a long time: pre-orderers had access to a pre-launch beta, in which you could start the PC version two weeks earlier. In this test phase, not all content was implemented, for example, some maps were still missing, and a crafting system was only installed shortly before release. Technically, the beta did not reflect the final status either. So while we’ve been able to play Darktide extensively (including closed beta), it’s still too early to make a final judgement. That’s why we’re taking a closer look at the game over the next few weeks before committing to a rating.

Like its predecessors, Darktide is a pure co-op title. So you have to do without solo campaigns, offline mode or PvP battles. Bots do exist, but their primary purpose is to fill up your team until real players have logged in (which is wonderfully quick, by the way). Don’t expect a gripping story either, at least not for release. Short cutscenes are thrown in here and there, but they add precious little to the simple plot: you basically play simple prisoners who are sent on suicidal missions by the Imperial Inquisition. All quests lead you to Tertium, a station of incredible proportions where the forces of chaos have taken root. In each mission that keeps you busy for 20 to 30 minutes, you have to complete various objectives, such as flattening a boss, repairing a cooling unit, securing ammo boxes, or removing demonic growths from a spooky furnace.

Westwood Studios: The Rise and Fall of the C&C Inventors + Video

Trailer for the new endless mode Dauntless, which will appear in early December

Indiana Jones will be a 'unique' game: Bethesda is creating a mash-up, says Todd Howard

Spotify Wrapped 2022 is now available in the Spotify App

It became known when Neuer will return to training