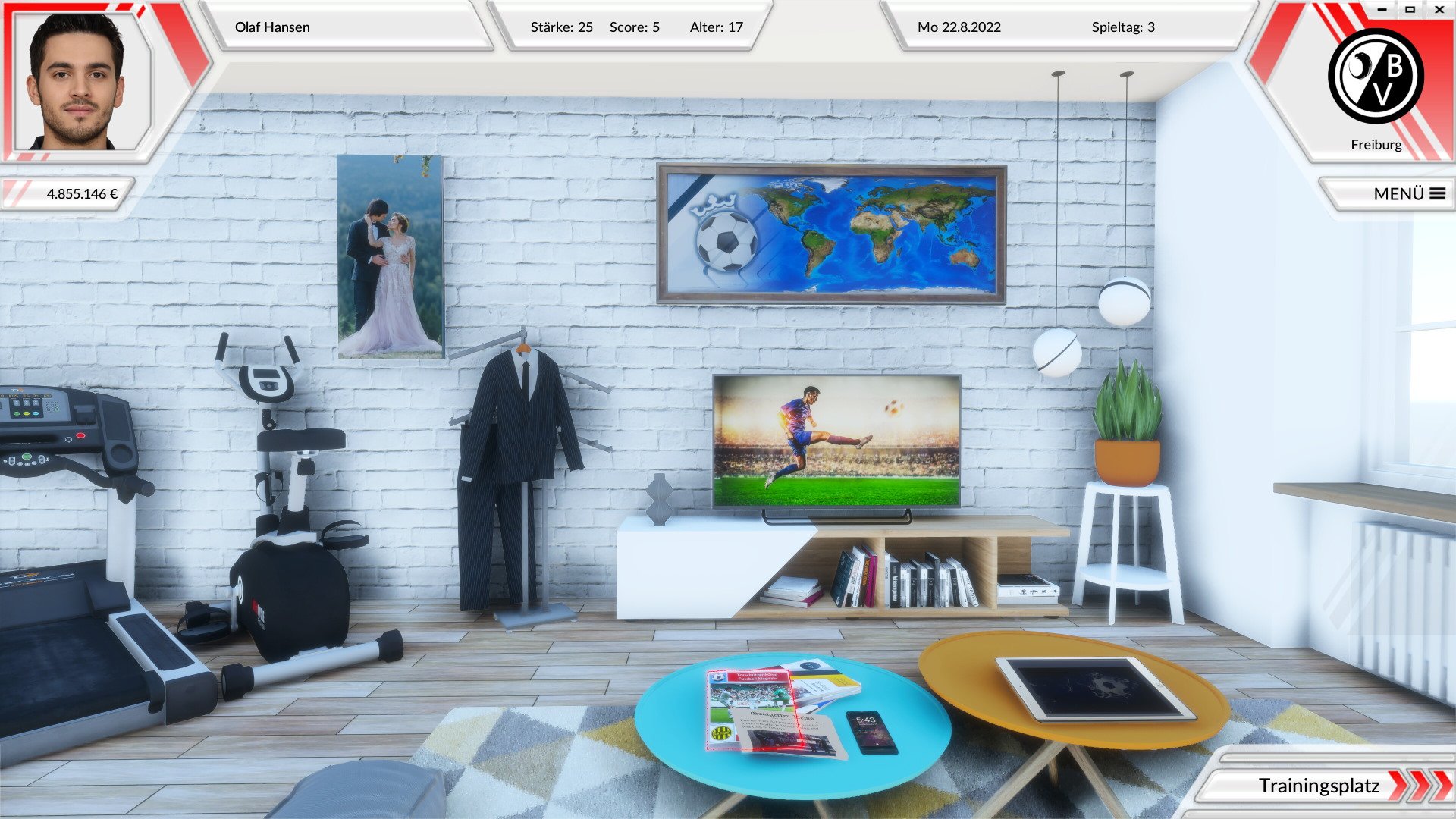 11/30/2022 at 4:41 p.m. by Michael Miskulin – With Torschützenkönig, the German development team from Netmin Games wants to deliver a life simulator in which the player can replay the career of a young professional footballer to the end.

In Top Scorer, the first first-person football career simulator, the player can fulfill their dream of becoming a top striker in a major European league. The associated Kickstarter campaign with Ailton, the top scorer of 2003/2004, is now starting today.

Goal scorer on Steam not only wants to enable exciting football matches from the first-person perspective, but also offers all the important leagues and cup competitions, as well as many decision-making options, both on the football field and in private life. Intensive training earns you a regular place in the team. You should win the sympathy of the fans and the coach. You give interviews, watch TV programs and read reviews of your last game in the newspaper. With the right advisor, you can also optimally promote your career.

However, private life should not be ignored either. Decisions about marriage, the desire to have children and possessions such as luxury villas or sports cars are pending. Of course, you could also put your entire fortune on one card in the casino. Or would you rather score points in social media with advertising contracts? Anyone who wins the national coach can then also take part in world and European championships. Players also get the chance to replay historical World Cup tournaments. The Kickstarter campaign for Top Scorer started today with a modest 20,000 euros as the funding goal. Top scorer should appear at the start of the next Bundesliga season, i.e. in August 2023.

Elite Dangerous: Odyssey - Attack of the Thargoids - The latest chapter in the ongoing story

Sony may be working on an action RPG, perhaps announced this year

Mini-LED displays will become widespread in cars, and in consumer electronics they will become less