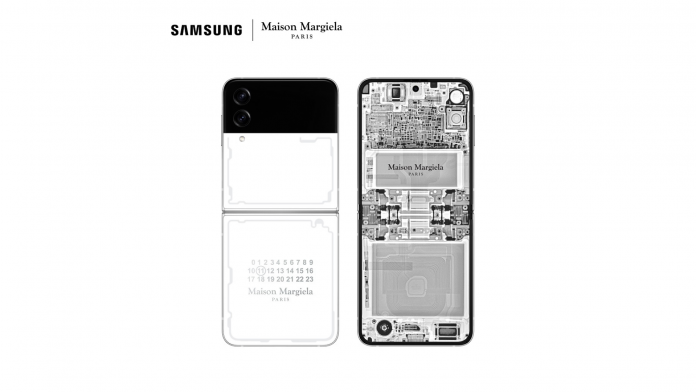 Samsung has released an exclusive version of the Galaxy Z Flip 4 in collaboration with fashion house Maison Margiela.

The collaboration between Samsung and Maison Margiela was announced earlier this month. The exclusive version of the Galaxy Z Flip 4 will be released on December 2, but Samsung has already shared an unboxing video of the smartphone. In addition to the device itself, in the characteristic white color of the fashion house, the box includes two leather covers. Of course, the covers have the emblem of Maison Margiela, but there is also a ring that functions as a holder.

The design of the software also received a makeover. This redesign of the Galaxy Z Flip 4 has a new theme. The wallpaper is based on the inside of the smartphone. Of course, the box of the device is also designed in the style of Maison Margiela.

If you want to get this design of the Galaxy Z Flip 4, you need a lot of luck (and money). The smartphone will only be available for sale in South Korea, Hong Kong and France on December 2. Only 100 copies are sold in South Korea. That at a price of – hold on – 2,255,000 South Korean won or 1,655 euros. If you already have that money for it, you also have to win the raffle via the South Korean Samsung website or the exchange platform KREAM.

Announced a remaster of Sam & Max: The Devil’s Playhouse – the final season of the adventures of Sam and Max

A Giant Fusion and a Mini Mac (PCGH Retro January 11)