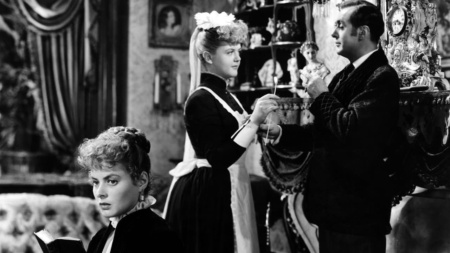 In 2022, Merriam-Webster’s online dictionary searches for the term “gaslighting” increased by 1,740%.

Gaslighting is defined as “the act or practice of grossly misleading someone, especially for one’s own benefit.” Merriam-Webster names it as the top term in 2022 also because it has now become “the favorite word to perceive deception.”

“Gaslighting” also covers some of the other common terms we usually associate with disinformation, including the words “deepfakes” and “fake news.”

Where did the word “gaslighting” come from?

A 1938 play and a 1944 film called Gaslight can be credited with coining the term. In both stories, a man tries to trick his wife into thinking she is going crazy. He assures the woman that the gas lights in their house (flashing while he’s doing “mean deeds” in the attic) don’t actually go out. 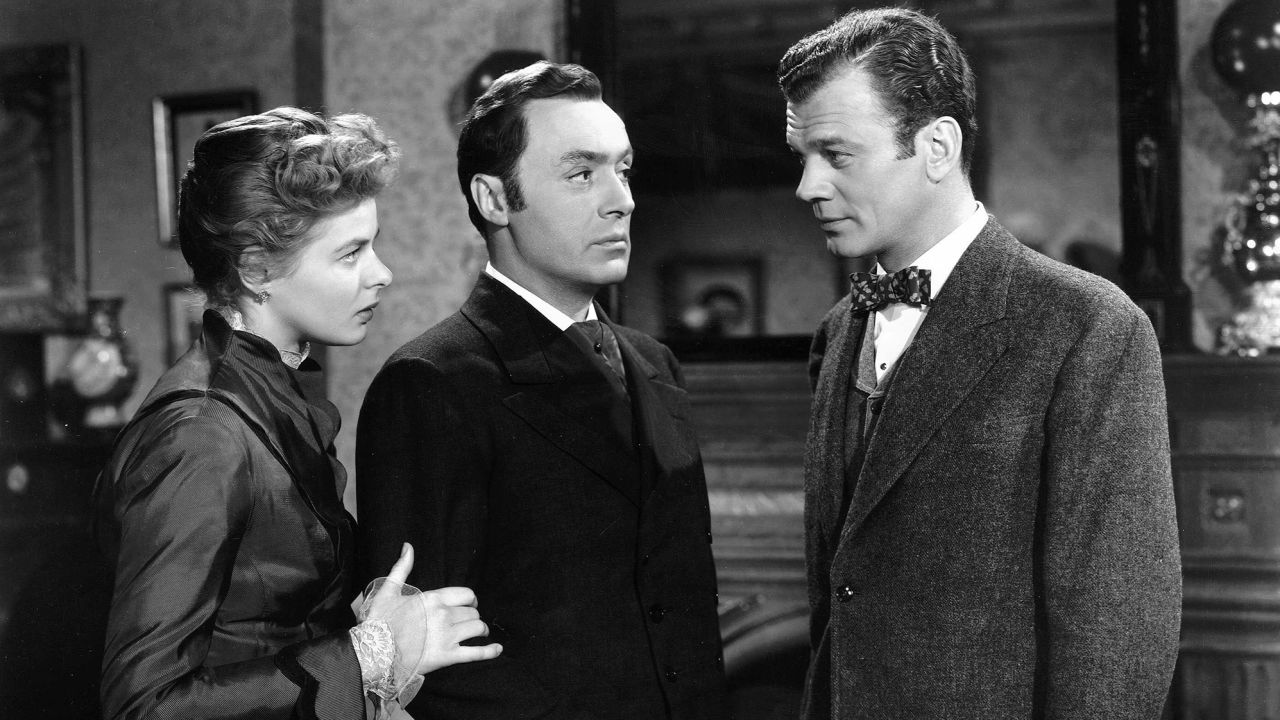 Both the play and the film were wildly popular: the former ran in more than 1,000 productions on Broadway, and the 1944 film was nominated for Best Picture and won an Oscar for actress Ingrid Bergman.

In the context of the film, “gaslighting” means “the psychological manipulation of a person for a long time, causing the victim to doubt reality.”

Gaslighting in politics and media

“Gaslighting” has become a common term over the past few years, especially in an age of misinformation, according to the Merriam-Webster dictionary website. In 2017, a CNN columnist said that President Donald Trump was “gaslighting us all” after he denied several public statements. CNN used the word again in 2021 to describe how Trump downplayed the Jan. 6 assault on the Capitol. 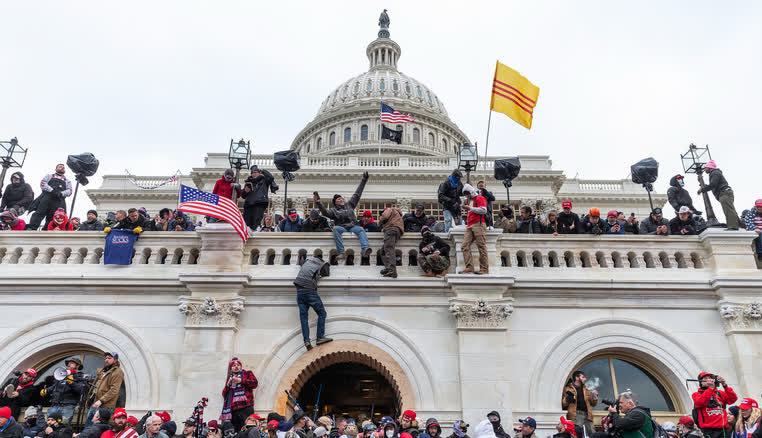 January 6 violent protests in Washington DC organized by a group of supporters of US President Donald Trump who aimed to change the results of the 2020 presidential election. Photo: CNN

Gaslighting is also a “form of emotional abuse,” according to the National Domestic Violence Hotline.

The New York Times this year wrote about “medical gaslighting” – when doctors discharge certain patients, including women and black people, by reducing the severity of their symptoms.

The word continued to make its way into popular media this year: “Gaslit” is the name of a series starring Julia Roberts set during the Watergate scandal of the ’70s.

The Watergate scandal is a political scandal in the United States of 1972-1974, which ended in the resignation of President Richard Nixon, the only resignation of a president in US history. 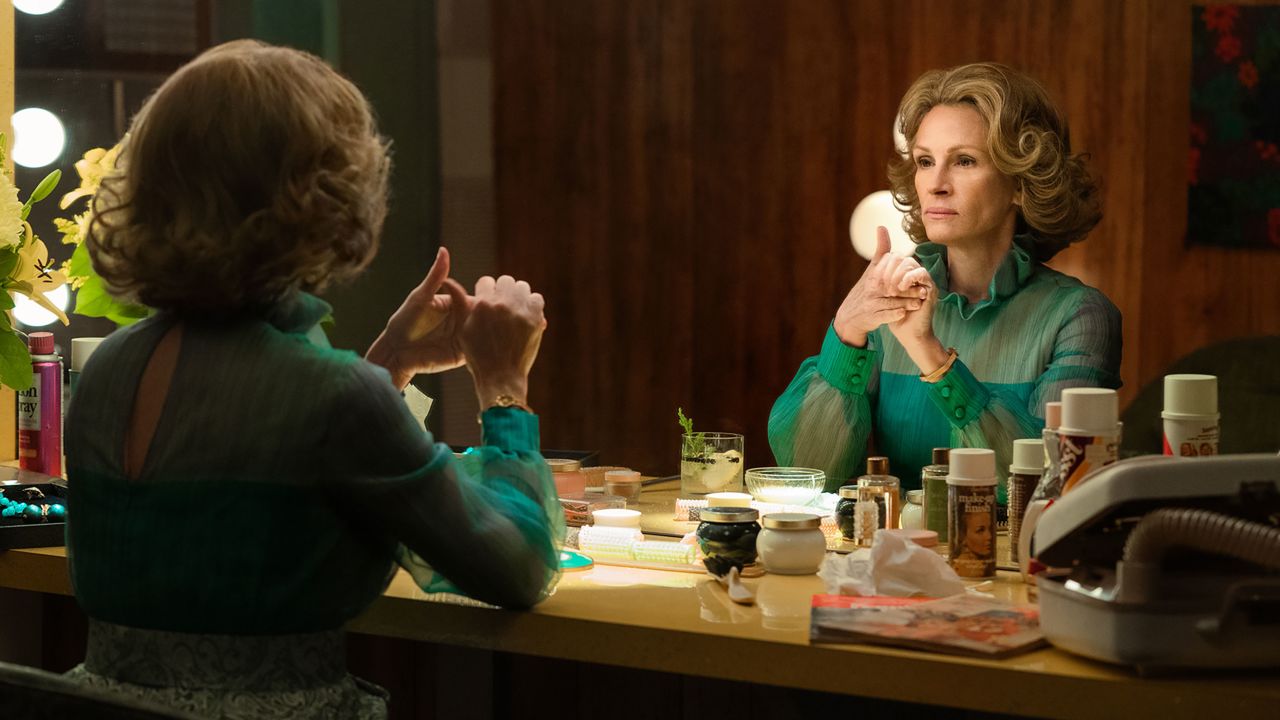 The young, wealthy characters of Bodies Bodies Bodies also accuse each other of gaslighting when tensions rise. In the HBO satirical series The White Lotus, as well as in the recent film Don’t Worry Darling (both from Warner Bros. Discovery), characters also gaslight each other.

Other popular words of 2022

Among other popular terms in 2022, the online dictionary highlights words that represent specific events or episodes. Gaslighting, in turn, belongs to a phenomenon that is not fleeting, but rather rooted in our lives, write on the Merriam-Webster website.

Since the Russian invasion of Ukraine, countries including the US and UK have imposed sanctions on Russian oligarchs and their families. Searches for the word were up 621% in early March 2022.

The war in Ukraine has also sparked a surge in requests for the words “Sanctions”, “Armageddon” and “Conscript”.

The World Health Organization uses Greek letters (alpha, beta, gamma, delta) to represent variations of COVID. In November 2021, omicron, the 15th letter of the Greek alphabet, was chosen. This variant has become one of the most common forms of COVID in 2022.

Word searches up 193% year-over-year in 2022 thanks to Supreme Court decision to overturn Roe v. Wade on June 24

Roe v. Wade is a landmark U.S. Supreme Court decision stating that the U.S. Constitution protects a pregnant woman’s freedom to have an abortion without imposed government restrictions. Codification refers to the process by which Congress can make laws; the word literally means “to compose a code”.

The acronym LGBTQIA adds several letters to the older and more familiar acronyms LGBT and LGBTQ, with the full abbreviation meaning “lesbian, gay, bisexual, transgender, queer, intersex, and asexual”. This acronym was searched for frequently (up 1178%) throughout June, the month of Pride, when LGBTQIA rights, equality and culture are celebrated around the world.

In June, when a Google engineer announced that an AI company’s chatbot had evolved human-like consciousness, searches for “sentient” soared by 480%.

A word in the popular puzzles Wordle and Quordle, for the definition of which games were often poisoned in the dictionary.

When the FBI ransacked the home of former US President Donald Trump in Mar-a-Lago in early August, some called the event a “raid”, resulting in a 970% increase in searches for the word.

The death of Queen Elizabeth II ended an era and became the center of international attention. Public interest in the monarchy is often associated with ceremonies and rituals, including coronations, royal weddings and funerals. The queen’s death announcement recognized the new king and his wife Camilla, who had been awarded the title of queen consort, a term that quickly rose to the top of searches.

God of War vs God of War Ragnarok: Which is better?

Best friends. Cinema in Moscow launched slogans in support of Iran at the World Cup

Saint Seiya: the film inspired by the cult license continues to sink in video… a disaster announced?

The Callisto Protocol: when it comes out, versions, duration and dubbing