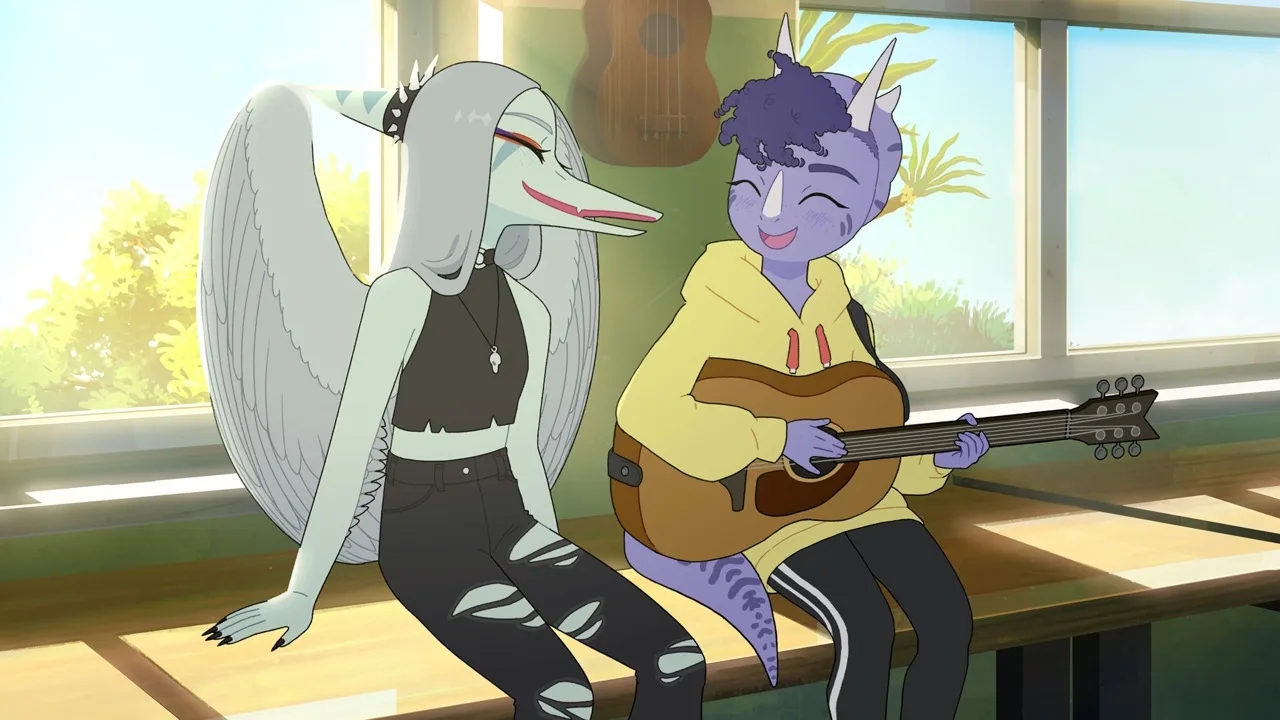 Independent development studio KO_OP has released a new trailer from Goodbye Volcano Highafter more than a year of silence, to unveil the new exit period: summer 2023, as well as to show some game systems in action.

For those who don’t know what we’re talking about, Goodbye Volcano High was announced in June 2020 during Sony’s PS5 game presentation event. It is a narrative adventure with a protagonist Fanga musician pterosaur who is about to finish high school.

She and her classmates will have to make numerous choices along a story of personal growth, acceptance and friendship. The protagonist and her friends will have to decide what they want to be, when they understand that their days together are about to end.

In the movie we can see some elements of the gameplay, of what basically looks like a visual novel with multiple choice dialogues. We can also hear a new song from the soundtrack called “Don’t Call”.

Wednesday: the return of the Addams family is a hit on Netflix!

The Callisto Protocol: Sony also contributed to the development of horror

GRIGORCHUK: “In my worst dream I could not imagine the struggle for survival”

Netflix: do not miss this new film which is a hit on the platform with Jason Momoa (Aquaman, Fast & Furious)