Kyiv-Basket inflicted the first defeat on the BIPA club, Mavpy won for the first time

Match of the leaders of the men’s Superleague, Kyiv-Basket and BIPAthe bubble of the regular season started in Kyiv.

After an equal start of the match Kyiv-Basket managed to secure +5 advantage after the first quarter with two successful effective attacks. And the successful start of the second quarter showed 23:13 on the scoreboard, forcing Vadim Pudzirey to take a timeout. The Kievans kept the gained advantage for a long time, but in the last two minutes BIPA, having played more aggressively, made a breakthrough 11:0 from the score of 23:33. After that, Dubonenko returned the advantage to his team, and BIPA failed to implement the last attack in the quarter, so the teams went for a long break with the score 35:34 in favor of Kyiv-Basket.

Almost the entire third quarter Kyiv-Basket remained ahead, but Vladimir Kholopov’s team could not secure an advantage over 4 points. In the last quarter, there was no intrigue, although for a long time BIPA was at a distance of one or two shots, but the teams started the last minute of the match at +8 for Kyiv-Basket. As a result, 76:68.

Kyiv-Basket won the fifth match out of six in the season and moved up to the second place in the standings, displacing BIPU from it, which suffered a defeat for the first time this season. The most productive in the match was Igor Dubonenko, who scored 22 points and 7 rebounds.

Cherkasy Mavpy won their first victory in the new season of the Superleague, winning in the Kiev bubble Prykarpattia-Hoverlu.

The teams played two different halves. The first one was confidently won by Evgeny Murzin’s team, which during the second quarter had a maximum advantage of 12 points in this match. But the key was the third ten-minute period, in which Cherkasy managed to turn the game around and defeated Hoverla. The Mavps scored 29 points in the third quarter and 22 points in the fourth, winning the second half +18.

A key role in the Cherkasy squad in this match was played by the tandem of the newcomer Demetrius Leiko and the team leader Sergei Skira. The American already in the first match for Cherkasy set a new performance record of the season, scoring 29 points and adding 12 rebounds. Skura dominated under the shields and scored 24 points and scored 9 rebounds. In Hoverla, Sergei Startsev traditionally led the team, who added 8 rebounds and 5 assists to 25 points, but in this game, even despite the efforts of Hoverla’s defender, Cherkasy did not give up the victory.

The Mavps, thanks to a comeback in the second half, won a strong-willed victory – the first of the season, winning with a score of 80:68.

On November 30, BIPA will play with Cherkasy Monkeys, and Kyiv-Basket will complete the bubble match with Hoverla-Prykarpattya. 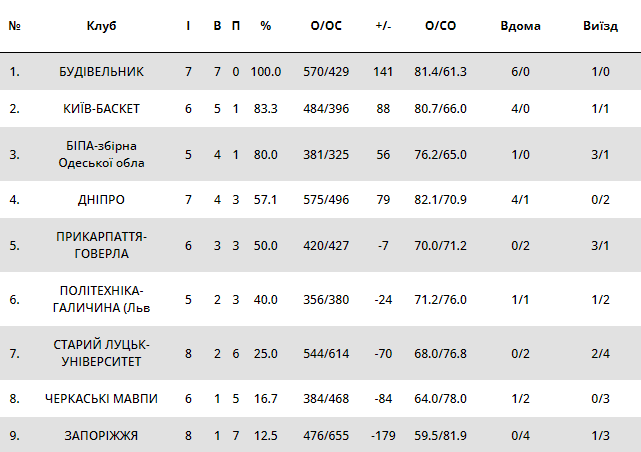 SOUTHGATE: 'Rashford could have scored a hat-trick tonight, but more needs to be done'

'Wednesday' breaks Netflix record for most viewed in a week