Renault: how Airbus will help it boost the autonomy of its electric cars

Renault has just announced a surprising and unexpected partnership. The French manufacturer has just joined forces with Airbus to “contribute to the development of technologies associated with new generation battery systems”. In other words: solid, revolutionary batteries. Will Renault fly planes and Airbus run electric cars? It’s a shortcut that’s probably a bit easy and a very big popularization of the partnership that was just announced today, but it’s a bit of the spirit.

In effect, Renault and Airbus have just announced their partnership to “contribute to the development of technologies associated with next-generation battery systems”. A surprising agreement in the sense that, apart from the transport sector, nothing seems to link the two flagships of French industry.

Towards a 100% French technology?

But what is this new generation battery announced in the press release? It will be a solid battery, a technology that would be of interest to both companies. Indeed, solid-state batteries have better energy density, less weight, and will allow increase the autonomy of electric cars by around 30 to 40% in the future.

But how can this also concern Airbus? The Toulouse company is also activating its energy transition, albeit more slowly than the automotive industry, but Airbus is working on the planes of tomorrow. Even if planes will not yet be 100% electric straight away, they can be hybrid-electric and use electricity during particularly energy-intensive take-off phases.

The fruits of this collaboration should be reaped by 2030 to 2035. For the moment, it is a partnership essentially concerning research and development, since the agreement does not contain any industrial component. Nissan, a member of the Alliance, should also have to play a role in this partnership. The Japanese manufacturer is responsible for working on the solid battery when the Alliance’s strategy was redefined at the beginning of the year.

When will the first solid batteries come?

More generally, the arrival of the solid battery should allow the automotive industry, but not only, to take a new step. We will certainly have a glimpse of this by next year with the arrival of the first solid-state batteries from Chinese giant Gotion High Tech, which recently announced that it will be able to install a 160 kWh pack in a car by 2023, which would allow reach the 1,000 kilometers of range.

Some manufacturers like BMW and Ford have also started testing prototypes, while Mercedes, Stellantis and Volkswagen are all working on this technology. We can also mention Nio with its ET5 and ET7 which will integrate in the coming months a semi-solid battery with a capacity of 150 kWh.

Let us recall, in general terms, that the solid-state battery has several advantages over a lithium-ion battery. Safety, first of all, with less risk of fire, but also size, weight, energy density and of course autonomy. The democratization of this technology should also make it possible to reduce production costs and, consequently, the price of electric cars. 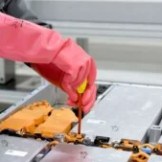 While current lithium-ion batteries meet many mobility needs, they are far from perfect. Their energy density could be improved, and the risk of fire could disappear with solid batteries. Let’s do…
Read more

Games With Gold - the games in December 2022

Did you know? Originally, Sonic was anything but a hedgehog

A simple task in Genshin Impact baffles hundreds of players