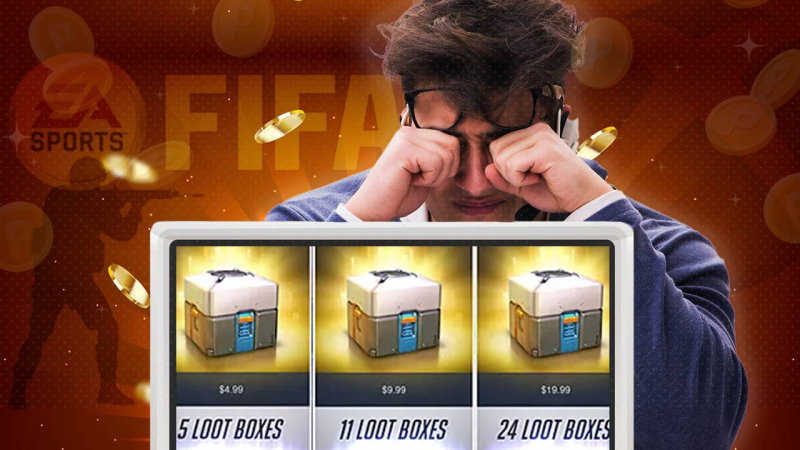 While many countries still refuse to study in detail the mechanics of loot boxes and modern monetization in the gaming industry, scientists have once again proved their real harm. Researchers from Loughborough and Newcastle Universities in the UK have conducted an in-depth analysis of loot boxes, which confirms that such mechanics in games cause real financial and emotional damage.

According to recent research, loot boxes have a detrimental effect on the emotional state of the gamer, regardless of the implementation of the mechanics of dropping items. Essentially, they all use the foundation of gambling, applying the same tactics for promotion and the ultimate reward. Loot boxes cause not only real financial harm, forcing you to spend a lot of money, but also entail emotional harm.

Our research demonstrates the dangers of in-game purchases, especially when game developers actively use gambling-based methods to encourage children and youth to purchase in-game items.

The study was primarily aimed at studying the problem in children and adolescents. However, the final findings also apply to adult gamers. Emotionally weak people can be hit hard by loot boxes.

At the same time, scientists do not call for banning or canceling loot boxes, instead they offer the following points for controlling them:

A new independent regulator of the gaming industry should be created. Loot boxes and other mechanisms based on the chance of items dropping should only be available to persons over 18 years of age. Game currency must be converted to local currency such as pounds sterling, euros, etc. Parental controls and additional protection systems against uncontrolled spending must be standardized in games.

Xbox Games with Gold: These "free" games are available in December

Far Cry 6: Lost Between Worlds will be released on December 6th

Dead Space Remake regulates tension with dynamic events: what is the Dimmer?