Starfield: New details on world building and exploration, from Bethesda

Recently interviewed by Lex Fridman, Todd Howard di Bethesda has made some interesting statements about Starfieldwhich let you glean some new details about the world creation and exploration in the highly anticipated game for PC and Xbox Series X|S that has been in development for several years and expected, at this point, for 2023.

These are snippets of information, which however help to understand some elements of the creation of the game. According to reports from the head of Bethesda, the worlds of the game are generated through the construction of tiles, i.e. pieces of scenery that are made up as “tiles” with settings realistic looking but obviously sci-fi, then applied to the surface of the planets.

This is a notable extension on the classic world building of Bethesda games, with these tiles being juxtaposed with each other and applied around the planets, thus generating the surfaces to explore. 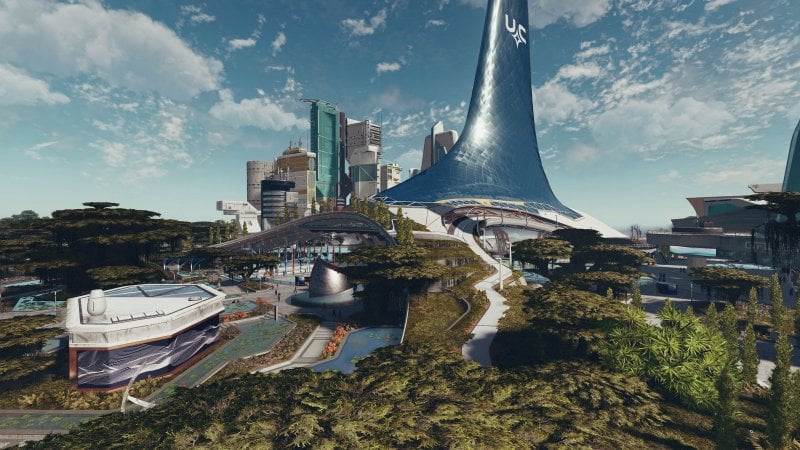 Starfield, a view of New Atlantis

According to Howard, through this system (which seems to exploit a mixture of procedural generation and composition “by hand”) the team could also create more than 1000 planetsbut they wanted to set a limit to allow for greater differentiation and characterization of each of these, as well as being able to name them individually.

Star systems also appear to be connected to specific levels: Todd Howard specifically mentions a “Level 40 System” in his speech, which suggests that some leveling is applied to the various systems which, arguably, can be explored progressively and with different levels of challenge.

There are planets environmental dangers according to the different characteristics: among these we also find gases, toxicity and temperatures that make survival difficult. To counteract these situations, different suits and modifications of these can give passive bonuses that combat individual environmental hazards.

The general tone of the game is based on the wonder and danger of space travel: the latter element has been carefully balanced to offer a stimulating level of challenge.

There is also to manage the fuel for travel, but it seems like it’s impossible to get totally immobile and lost in space, because “that wouldn’t be fun,” although it’s something that could be brought back for a possible hardcore survival mode, according to Howard.

The Bethesda boss also reported that there is some ship traffic in the Starfield universe. Other aircraft can be seen taking off or docking in the various starports of the planets, as well as it is possible to jump to a system and find yourself close to small and large ships, with these which may also try to contact the player for various reasons.

An interesting detail also concerns the management of travel companions: some of these have deeper relationships with the player, which they will allow different reactions depending on the decisions made. In some cases, for example, some decisions may make someone angry and this will change their attitude for a certain period of time. In general, some variables are introduced to the behavior of the companions also based on our decisions made during the game.

Howard then said that postponing Starfield was a tough decision to make but also the right one, in order not to cause problems for the development and the development team and to make the game better. At this point, says the Bethesda boss, they obviously feel a lot of pressure because Starfield is aiming to be a extremely important title for Xbox and Bethesda’s intention to put together what should be “The Game”.

In the same interview, we also saw how the priority has always been the Xbox version of Starfield, even before the Microsoft acquisition, and that Indiana Jones is a “love letter” to the series.

Rumor: Call of Duty: Modern Warfare 2 will receive a plot addition about Ghost

GDDR6W for GPUs: Samsung with twice the capacity and bandwidth thanks to new stacking