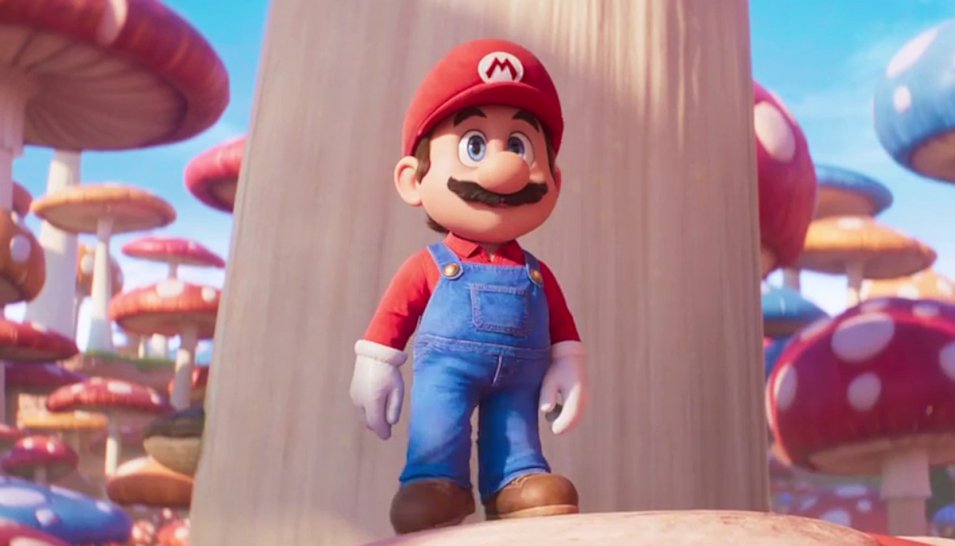 11/30/2022 at 6:21 p.m. by Rhonda Bachmann – Nintendo and the film production company Illumination Entertainment have released a new trailer for the upcoming Super Mario film. Super Mario Bros. is slated to hit theaters in the US on April 7, 2023. The Germany start is not yet known.

Nintendo and the film studio Illumination Entertainment have released another trailer for the upcoming Super Mario Bros. movie. The new clip features many well-known characters and reveals that Mario really does seem to have been doing his official job as a plumber for some time. You can see a lot of well-known characters as well as allusions to the games. Mario, who is voiced by actor Chris Pratt in the animated film, has less of a say.

The new trailer for the animated film is quite action-packed. First, our main character, Mario, has to face the rampaging Donkey Kong, voiced by Seth Rogan in Super Mario Bros. Mario’s brother Luigi (Charlie Day), on the other hand, has to deal with Bowser (Jack Black). Princess Peach makes a strong showing, portrayed in the film by Anna Taylor-Joy from the Netflix hit Queen’s Gambit.

If you look closely at the trailer, which lasts around two minutes, you will discover many references to the popular Mario games and a number of well-known characters. A version of a Mario level can be seen briefly before the title hero scurries across the screen in his cuddly tanuki suit. In another scene, many colorful Yoschis run through the picture in rank and file.

The main character Mario hardly gets a word in the trailer. The casting of Chris Pratt as the world’s most famous plumber is still controversial. Most recently, voice actress Tara Strong (Harley Quinn, Batgirl and others) lamented the decision not to cast longtime Mario voice artist Charles Martinet in the lead role. “Voice Actor: I will put my heart and soul into this for at least 20 years, helping sell billions in merch, making millions of dollars for the studios, and making generations around the world happy. Hollywood: We don’t care.” , wrote Strong.

Sonic Frontiers: new content and characters for free with the Roadmap 2023

Final Fantasy 16: Yoshida will be at TGA 2022 for a special announcement, upcoming release date?

Seth MacFarlane announces filming for ‘Extra One’ prequel has wrapped