Tales of Symphonia: Story trailer for the upcoming RPG reboot

In the story trailer you can find out what the Japanese role-playing game by Bandai Namco is about. Everything revolves around a legend according to which a chosen one will save a dying world. 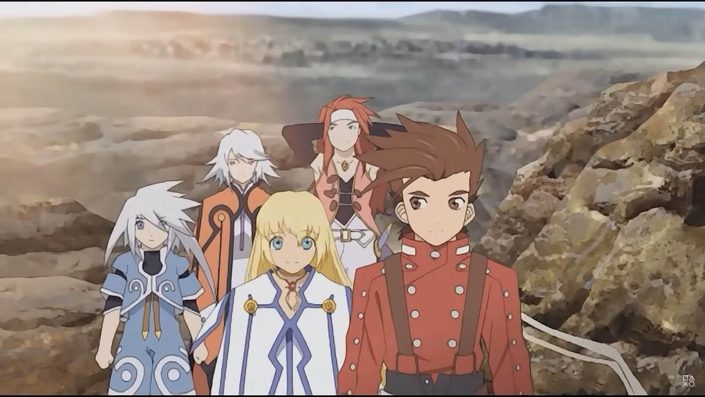 In September, Bandai Namco Entertainment announced Tales of Symphonia Remastered. In addition to the Nintendo Switch, the new edition of the Japanese role-playing game will also be released for PS4 and Xbox One.

After the release date was confirmed with a trailer this month, you can now watch the next trailer. The focus here is entirely on the action.

“The legend says that one day a chosen one will climb the Tower of Salvation and save a dying world,” reads the official description. You embark on an adventurous journey in the skin of Lloyd Irving and his friends. You explore a lively game world in which many unforgettable characters reside. All figures were designed by the artist Kosuke Fujishima.

The development team has not only improved the game mechanics, but also graphically expanded them. You’ll also see remastered cutscenes that anime fans will love.

From a technical point of view, Bandai Namco offers a Full HD resolution and 30 frames per second. The resolution is only 720p in the switch’s handheld mode.

By the way, there is also a local co-op mode in which you can play with up to three friends. Hundreds of attacks and spells can be combined here.

More news about the game:

Tales of Symphonia Remastered will be out on February 17th next year.

Nintendo Pictures hunting for talent, the company is looking for staff to produce other films and series after Super Mario

Bethesda is working on a new mobile game: 'I already love it', says Todd Howard

Aroged: Media: A dozen countries are ready to transfer about 100 Leopard tanks to Ukraine