That ’90s Show: Netflix reveals the release date of the new series 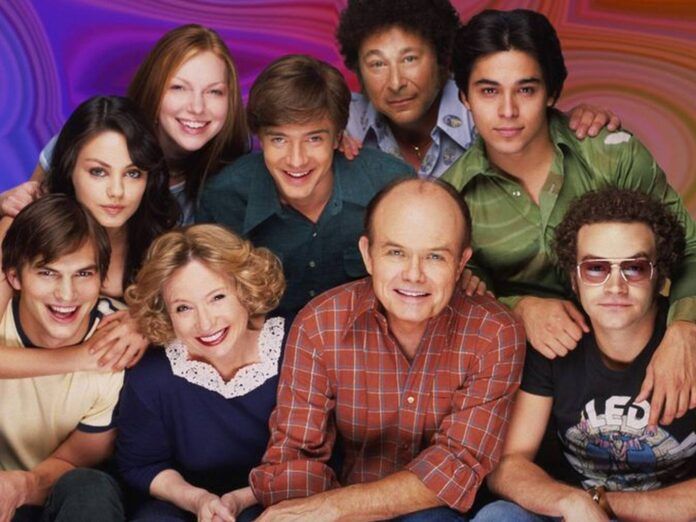 Almost 20 years after the failed That ’80s Show, Netflix is ​​preparing to bring the success of That ’70s Show back to our screens with a new series called, imaginatively, That ’90s Show. With a first trailer, the famous streaming platform announced that the series will arrive in the catalog next Thursday January 19, 2023.

Similar to what was seen in That ’70s, That ’90s Show revolves around a group of young Wisconsinites. Their budding friendships are destined to become lifelong relationships as they grow and get to know each other. The published trailer allows us to get to know who will be the protagonists of the series, set 15 years after the original. The story begins in 1995 when Leia (Callie Harveda), daughter of Eric and Donna, will decide to visit her grandparents to spend the summer with them. Right at Point Palace, Leia will make new friends with a new generation of kids. Among them are punk rocker Gwen (Ashley Aufderheide), jock Nate (Maxwell Acee Donovan) and nerdy MMA fighter Nikki (Sam Morelos).

However, the news for January 2023 is not finished. Netflix has indeed announced that the second season of Vikings: Valhalla will arrive on January 12, 2023. The new season will again revolve around the story of Leif Eriksson, Freydís Eiríksdóttir and Harald Sigurdsson. This time the three protagonists will embark on a journey that will take them very far from their comfort in Scandinavia.

And you, what did you think of this first trailer? Let us know yours by leaving a comment below and keep following us to stay up to date with the latest news!

Over the past day, the Armed Forces of Ukraine destroyed 790 invaders, 10 UAVs and a helicopter

Call of Duty: Mobile launches a new season in the style of the Chinese New Year with new maps and modes