Trackmania: This is what you can expect in the World Tour 2023

Trackmania should be known to most players for their wacky track creations. However, the arcade racer also enjoys an active e-sports community, which will soon be provided with new content thanks to the Trackmania World Tour 2023. 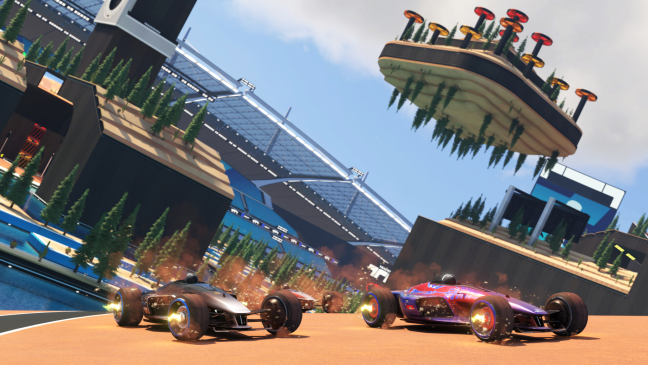 The Trackmania series has existed since 2003, when it was launched by Nadeo. To this day, the studio is responsible for the arcade racer, which now runs under Ubisoft’s flag. The last series part was released in 2020 and relies on the usual crazy track creations, but can also enjoy an active e-sports community. And with the Trackmania World Tour 2023, it will soon be given some fresh content.

The in-game event is scheduled to start on December 17 with a showdown weekend. A new format based on two-on-two races will be introduced. According to Ubisoft’s statement, the aim is to build on the “existing professional system”. “Exciting new team stories and challenges as well as a clear path to becoming a professional at any time and for everyone” are promised, but what exactly is behind it is not yet known.

If you want to follow the Trackmania World Tour, Ubisoft already has a schedule for the competition phase up its sleeve. It looks like this:

Eight teams will take part in the Grand League, each consisting of two players and one streamer. A wild card system is planned for amateurs, allowing the winners to compete with the Trackmania elite. With Kaporal, a new sponsor for the World Tour 2023 could also be won.

“We are excited to welcome Kaporal as we begin a new chapter in Trackmania esports. We’re confident that through in-game integration, this partnership will help make Trackmania World Tour 2023 even more exciting for our fans, and we can’t wait to start our collaboration at the first event of the season on December 17th. So Omar Benabdallah, Esports Manager at Ubisoft Nadeo, on the partnership with the clothing brand.

Trackmania is now celebrating its second birthday – with special promotions and free content.

You can now schedule Instagram posts through the app itself – Aroged