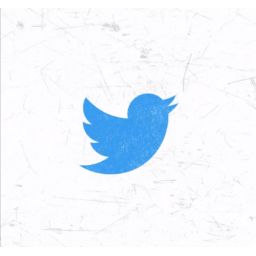 In his first interview since his sudden departure from Twitter, Joel Roth, the company’s former director of trust and security, has said the platform is less secure under Elon Musk.

Speaking at an event organized by the Knight Foundation, Roth said no when asked if he still believes Twitter is more secure since Elon Musk took over the company.

Roth’s statement is particularly significant because he was one of the most senior executives to speak publicly about what was happening at Twitter in the chaotic days following Musk’s takeover. Roth, a longtime member of Twitter’s corporate policy team, detailed a coordinated trolling campaign that sparked a surge in racist slurs on the platform.

Roth said that while he was initially optimistic, a breakdown in “procedural legitimacy” ultimately led him to leave the company. He said Musk had said he wanted to form a “moderation council” before making big decisions, but quickly indicated he would prefer to make decisions alone.

Roth also pointed to the failed rollout of Twitter Blue’s paid verification model, saying his team warned Musk but he chose to ignore their concerns. “It went exactly as we expected and there were no safeguards,” Roth said, speaking of Fr increase in fraud and misrepresentation which followed the launch of Twitter Blue.

Roth’s comments come as the company prepares for restarting Twitter Blue verification later this week. Musk announced that the verified account badges would be different colors for businesses, individuals, and government institutions, and that there would be some sort of manual authentication process.

Although Roth said he doesn’t believe Twitter will have a “spectacular moment of failure,” as some former employees predicted after mass layoffs and resignations in the company, he advises users to pay attention to whether key security features such as blocking are working normally, as well as privacy features such as protected tweets. “If protected tweets stop working, run, because that’s a symptom that something is wrong,” he said.

He also said that while Twitter may be able to improve its machine learning systems, the lack of experienced people and those in charge of security at the company has hurt the platform.

Where to watch online match of the World Cup Australia – Denmark

How to choose a case for iPhone 14 Pro

Amsterdam hotel grumbles that it is being destroyed in CoD: Modern Warfare II