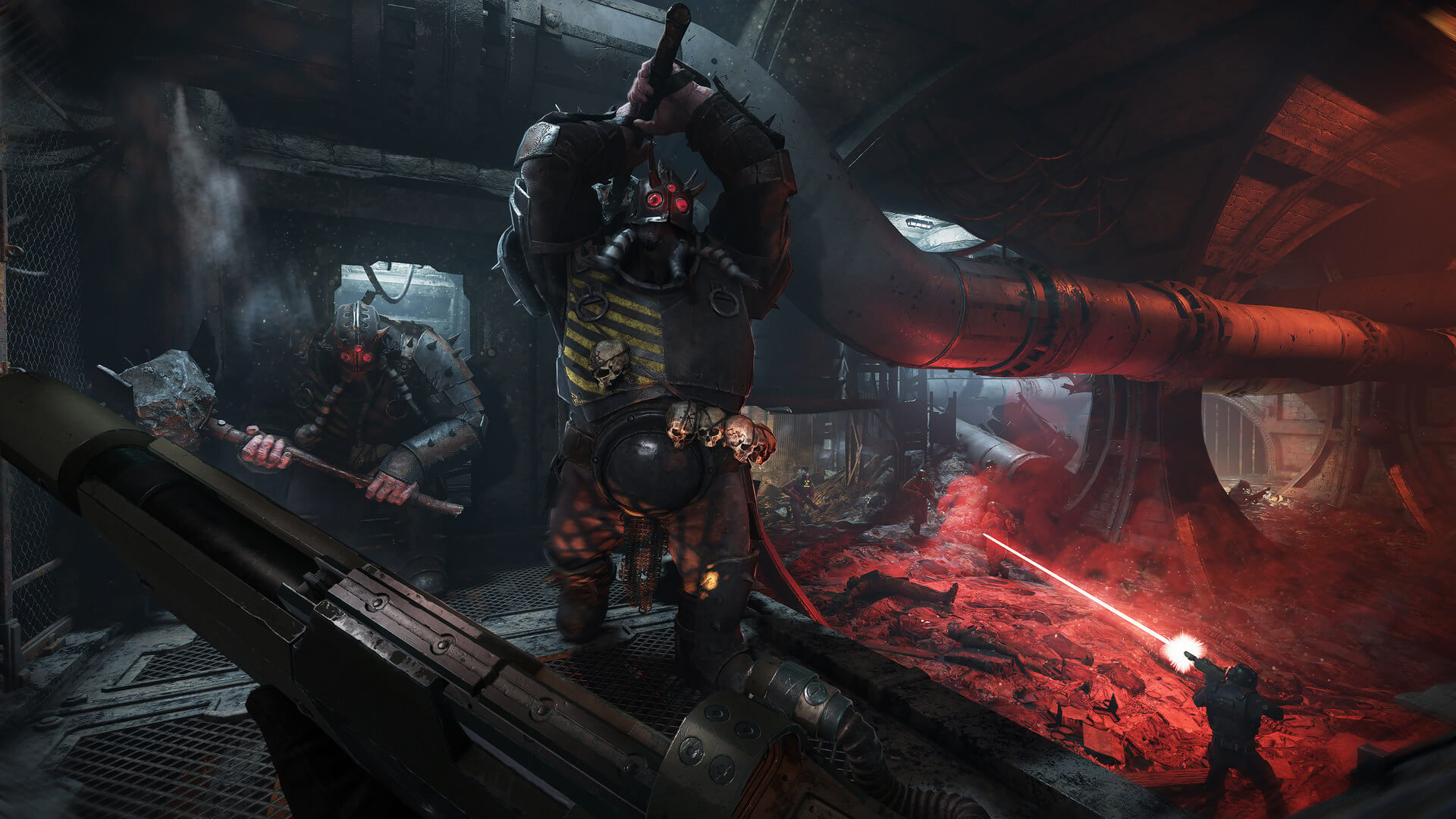 11/30/2022 at 13:41 by Rhonda Bachmann – The release of Warhammer 40K: Darktide is imminent. Tonight at 7 p.m., the servers open their doors to let players loose on Fatshark’s latest co-op banger. However, the servers were shut down by the time of the release. Time enough to look at some Easter Eggs from the action game.

Tonight at 7 p.m. the new co-op action game in the Tide series starts. In order to prepare Warhammer 40K: Darktide for the upcoming launch, the developers at Fatshark have shut down the servers. This also ends the pre-order beta that started on November 17th. The title currently has a rating of “Mostly Positive” on Steam. So far, 79 percent of the more than 20,000 reviews have been positive [Stand: 30. November 2022, 12 Uhr]. As with the other titles in the Tide series, Warhammer 40K: Darktide again has some Easter Eggs to discover.

In the prologue of Warhammer 40K: Darktide you fight your way through the Tancred Bastion. There you can see some chaos runes as graffiti, which can be deciphered using the 1990 rulebook Realm of Chaos – The Lost and the Damned. The servants of chaos left messages like “Nurgle loves you” or “Death to the False Emperor”. Not all graffiti have been translated into English, many of them are in Darktongue, the language of the followers of Chaos.

Another Easter Egg has to do with the Graia Mk VIII Infantry Autogun. The weapon’s description mentions that it was made on the Imperial forge world of Graia. This planet was the setting for the 2011 third-person action game Warhammer 40,000: Space Marine by Relic Entertainment.

Further references can be found in the creation of the character. Some tattoos contain cryptic references to sayings from the Warhammer universe, such as songs from various books in the series. The preachers of the zealots, who now and then strike up a certain little song, also seem to be musical. This is an anthem called “Imperial Song of Praise”, parts of which were also used in the game Battlefleet Gothic: Armada.

Fortuneo: online banking returns with a new bonus of 150 euros

Kontiolahti-2022. Petrenko and Jim did not start, Bilosyuk had to run

Norco is Paste Magazine's Game of the Year, ignoring God of War: Ragnarok

The first portable PC, the founding of Dell and the Origin shitstorm (PCGH-Retro 04 Nov)

Chinese electric cars: here is why they are more expensive in Europe than in China – Frandroid