Canal+ brings together Disney+ and the new Paramount+ in a €25.99/month subscription

With the arrival of Paramount + in France, this inevitably adds a new monthly expense for major VOD enthusiasts. Canal+ has nevertheless thought of including the service in a package bringing together Disney+ and its own channels and content, all at a reduced price for one year. 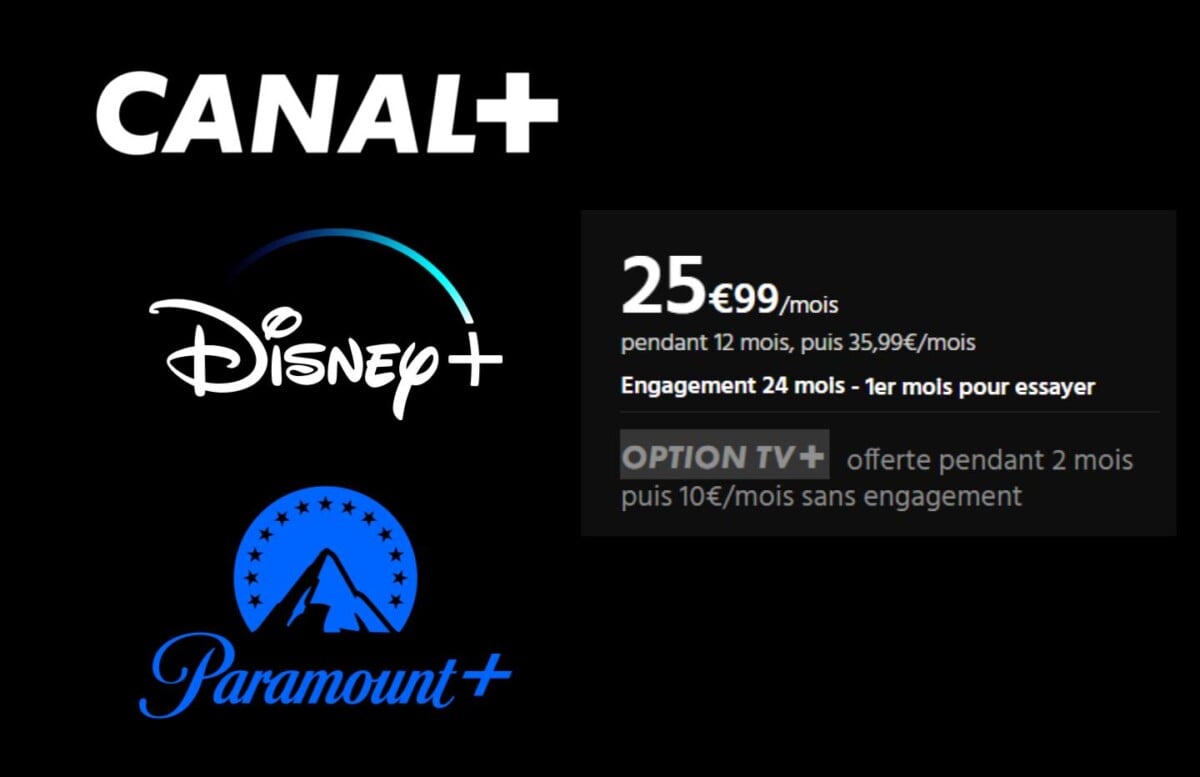 Canal+ wanted to take advantage of the arrival of Paramount + In France to add access to the new VOD service in a brand new offer. We therefore find a subscription at only 25.99 euros per month for one year bringing together all the Canal +, Disney + and newly Paramount + content.

What does this Canal+ limited series offer?

The entire Canal+ offer with its thematic channels and services Two third-party VOD services included: Disney+ and Paramount + The TV+ option offered for 2 months Up to two people watching simultaneously

The pack combining Canal+ Disney+ and Paramount + is offered at 25.99 euros per month for the first year instead of 35.99. This offer gives rise to a 24-month commitment with a first month of trials. Aroged readers are also privileged since by clicking on this link below, you will be entitled to 50 euros offered on this subscription, a little over two months free.

If you are under 26, this offer is offered with a reduction in addition to being non-binding, i.e. 17.99 euros per month.

The Canal+ offer with TV, series, cinema and the entire Disney universe

With more than 300 channels designed for all audiences and covering all themes, the Canal+ offer is undoubtedly the most interesting for all zapping enthusiasts. However, it is also very interesting for cinema and series lovers, as its offer in this regard is flourishing via its VOD Cinema, youth discovery and sport packages (not included in this pack). You even have access for 2 months to the TV+ option giving access to hundreds of other themed channels than the basic package. 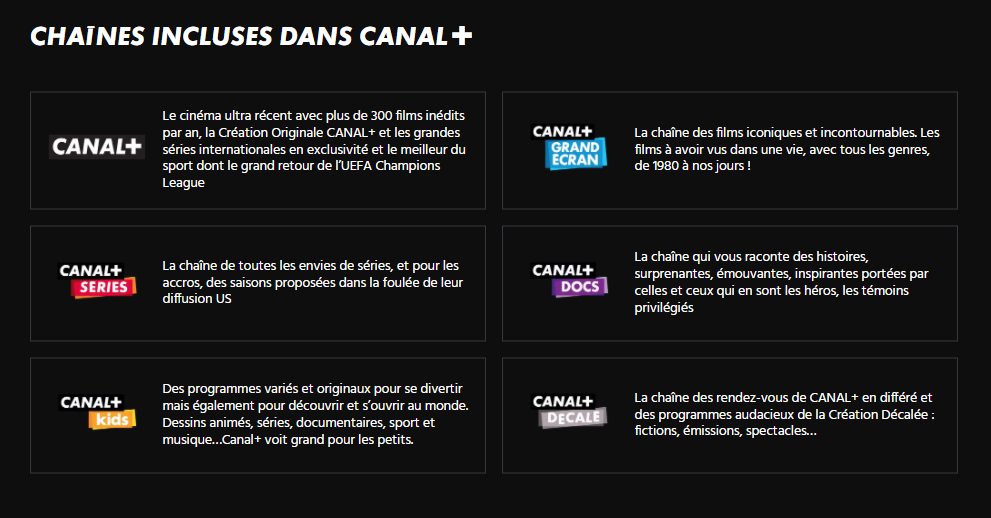 The Canal+ channels included in the offer // source: Canal+

But it’s also access to Disney+ and the new Paramount+ that makes the difference. The disney platform in the first place brings together six universes with spaces dedicated to Disney, Pixar, Marvel, Star Wars and National Geographic films and series. It is therefore necessary to count on more than 10,000 hours of programs (films, series, shows, documentaries, short films, etc.), from the catalogs of the entertainment giant, but also from Fox and its entities, from the group’s studios. The content improves from week to week and also includes original creations.

On the Paramount side, we also have the right to a lot of quality content, such as popular films (Mission Impossible, The Godfather, Jack Reacher, Zoolander, Terminator…), series (Showtime content, South Park…) but also videos for the little ones, thanks to Nickelodeon.

It should be noted, Paramount + does not offer 4K content in France and only available in Full HD. However, some content available on Paramount + is in 4K on MyCanal.

Canal+ has redesigned its offer to be viewable from anywhere and on several screens: connected TV, internet box, mobile, tablet, etc. All this via the MyCanal application available on Android and iOS. You can even stream all this content from your computer simply by logging in to the Canal+ site.

You can even stream the content to another screen and share it with those around you thanks to Chromecast and Airplay compatibility.

To find out even more about the different streaming platforms available in France, we invite you now to consult our guide to the best SVOD services in 2022.

Last of Us: Dark character posters from the series adaptation

Warhammer: Vermintide II: Get it now for free and keep it forever!

Destiny 2 servers will be shut down for a day at the end of February, before the launch of Lightfall