In a few days, “Disney Dreamlight Valley” will be provided with the extensive “Toy Story” update. As can be seen from a recently published teaser, we can look forward to the arrival of Stitch and wintry landscapes, among other things.

As announced last month, the Disney Dreamlight Valley Toy Story update will be released on December 6, 2022.

Among the content that has already been confirmed is the opportunity to interact with well-known “Toy Story” characters such as Woody or Buzz Lightyear. In addition, the Gameloft developers promised various technical improvements and bug fixes. A few days before the release of the Toy Story update, new artwork hinting at more content was made available via the official Disney Dreamlight Valley Twitter channel.

Among other things, in the course of the “Toy Story” update, fans of “Lilo & Stitch” could get their money’s worth.

New outfits for Mickey and Merlin?

The newly released artwork suggests that Stitch, the likeable blue alien from the animated film released in 2002, will find its way into “Disney Dreamlight Valley”. In addition, Mickey and Merlin can be seen in new outfits, with which the contemplative winter and Christmas season is celebrated. A wintry landscape could also be one of the innovations offered.

The forthcoming “Toy Story” update for “Disney Dreamlight Valley” will be rounded off by new quests and a white fox in a Christmas look. The assumption here is that this can be unlocked via a new star path. The content and extras that are currently haunting the rumor mill have not been officially confirmed. 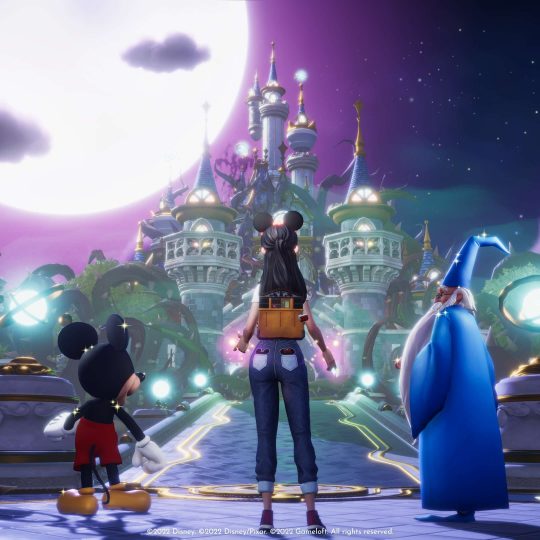 Disney Dreamlight Valley is available in Early Access for PC, PlayStation 4, PlayStation 5, Xbox One, Xbox Series X/S and Nintendo Switch. The full version of the likeable life simulation will be released in the course of the coming year in the form of a Free2Play title and, according to official information, will be supported with updates and new content in the long term.

There’s nothing small about the amount of content that awaits you in the next update for #DisneyDreamlightValley: Missions in Uncharted Space! Check out our new Key Art for a sneak peek at what’s in store for you on December 6th! ✨ pic.twitter.com/naptfrZ7VB

GameStop offers: The 2022 Advent Calendar has arrived. Here are the best offers for December 2nd

Final Fantasy VII Remake: These goals were pursued with the changes to the story