In August, Intel entered into an agreement with the Canadian company Brookfield Asset Management to jointly finance the construction of new chip factories in Arizona. The partners will have to share the costs almost in equal parts, the total amount will reach $ 30 billion. This week, the financial director of Intel made it clear that a similar scheme will be used in the future, and together with subsidies, the company will be able to reach the same level of costs as Asian competitors. 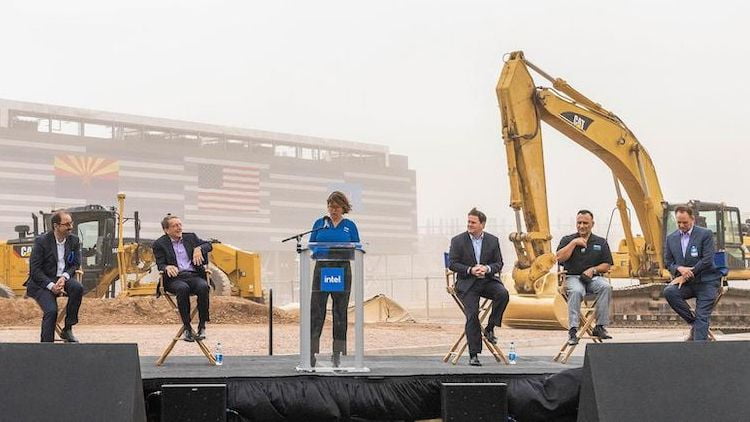 David Zinsner made his comments at the Credit Suisse conference, where he represented the interests of Intel Corporation. The CFO stressed that from a managerial point of view, the company retains the majority of votes in this project, and the presence of such a financial partner will reduce the negative impact of fluctuations in its own cash flows on the implementation of the investment program. This collaboration should be just one of many to follow. Intel is going to involve both existing partners and new partners in such a joint financing scheme, and a high interest in this topic is already noticeable among them. As Zinsner added, financial advisers regularly turn to the management of Intel with new proposals of this kind.

At the same time, the financial director of Intel is aware of the difference in the level of costs for building and launching an enterprise in Asia and the United States. In the latter case, the corresponding projects are more expensive. The Asian authorities provide certain subsidies to investors who build enterprises in the region. With the passage of the so-called “Chip Act” by the US authorities, Intel has the opportunity to reach a comparable level of its own costs in building enterprises in the US compared to projects implemented in Asia. David Zinsner also commended Intel CEO Patrick Gelsinger for lobbying the US government to pass the law. Moreover, the readiness of the European authorities to adopt a similar package of laws is also to some extent the merit of Gelsinger, according to his colleague. But even with subsidies and tax deductions, the scale of expansion of Intel’s manufacturing base in the coming years will require huge investments.

David Zinsner is convinced that Intel in the field of contract manufacturing of chips will be able to outperform competitors not only in technology, but also in terms of cost. In the latter case, vertical integration of the business helps to reduce the cost of Intel products, according to the financial director. Customer commitment can serve as an indicator of confidence in Intel’s technology capabilities, Zinsner said. According to him, seven of the ten largest factoryless customers in the world are already involved in negotiations with Intel at one stage or another. MediaTek is just one of them, Intel’s management will be ready to name the others as progress is made in this area.

Cyberpunk 2077 Get Game of the Year Edition

1899: Release date, story… All about the new series from the creators of Dark on Netflix