Microsoft gives advice to Sony. “Do you fear for Call of Duty? Improved PlayStation Plus and more exclusives on Day One” 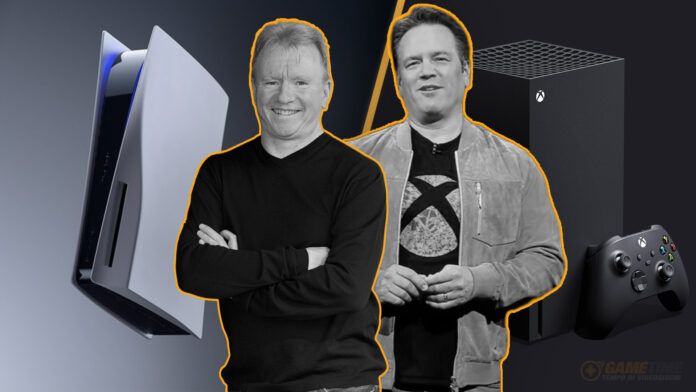 In the document exposed to the CMA regarding the acquisition of Sony, Microsoft showed the proverbial claws, throwing some digs at Sony Interactive Entertainment. The Japanese giant, we know, particularly fears the consequences that an Xbox exclusive Call of Duty could cause to its market. Microsoft on the other hand is trying everything for approval, it arrivedgoing to dispense advice to Sony itself to improve the PlayStation Plus and make it more convenient to own a PlayStation 4 or a PlayStation 5.

The tips are many, and almost all of them hide a more or less veiled dig. They range from directing their investments elsewhere regarding exclusive content of Third Party titles – any reference to Call of Duty itself is purely coincidental – to obviously inserting their exclusives on Day One on PlayStation Plus Extra and PS Plus Premium. It would be the ideal answer, Microsoft says, to adequately compete with Xbox Game Pass. Competing in quotation marks, the company emphasizedas PS Plus is much more popular than Xbox Game Pass and is currently the most used service in the world.

“Sony may not respond through investments or improvements to its service. It is clear that Sony has a range of options to maintain or enhance the position of PlayStation Plus. At a minimum, Sony could include First Party titles – and Third Party titles – in PlayStation Plus in the release date. Exclusive Sony first parties not featured in PlayStation Plus include major titles like The Last of Us, God of War, Spider-Man and Final Fantasy 7 Remake (definitive confirmation that it will never arrive on Xbox?, nda). The inclusion of such titles would benefit gamers,” Microsoft explains.

“If Sony does not have access to Call of Duty (it won’t be like thisas reiterated even by Phil Spencer himself, ed), Sony could direct the marketing investments made towards Activision regarding the agreements with Call of Duty so as to attract other titles to its console, exclusive or not”, explains Microsoft. “Sony could also quietly increase advertising spending in FIFA, Grand Theft Auto, other shooter franchises like Battlefield or Destiny (developed by Bungie, which Sony recently acquired) or any other popular title to attract additional PlayStation Plus subscribers.”

Microsoft has also pushed on the existence of other alternative services and publishers to Activision and which would make this acquisition anything but an attempt to establish a monopoly. “Other well-established subscription services are offered by gaming companies with prominent and popular First Party content on both consoles and PC. Each of these services – including Amazon Prime Gaming/Luna, Apple Arcade, EA Play, Nintendo Switch Online, Nvidia GeForce Now, and Ubisoft+ – have diverse content that has proven appealing to gamers and achieved all of these without access to content. by Activision”.

“The impact of the merger on services explains the pro-competitive nature of this operation. A key benefit of the Fusion for gamers lies in Xbox’s plans to make Activision content available on Game Pass on release day. With the merger, Activision content will be available on at least one subscription plan. This is important for consumer acceptance, because the more content they can access through the services, the lower the prices for each game. Without the Merger, any consumer looking to play Call of Duty or other Activision titles will need to purchase the game at full price.”

World of Warcraft: a cosplay of Jaina Proudmoore, the sorceress at the boarding

Roberto Martinez announced his retirement from the Belgian national team

Avatar: The Water Road: Passing Another Box Office Milestone Here’s how much it has grossed so far

Avatar 2: There are already ideas for parts 6 and 7 – who will direct then?