The current PGA TOUR 2K23 is also being considered with new game content for the run-up to Christmas. Among other things, you can look forward to a new course. 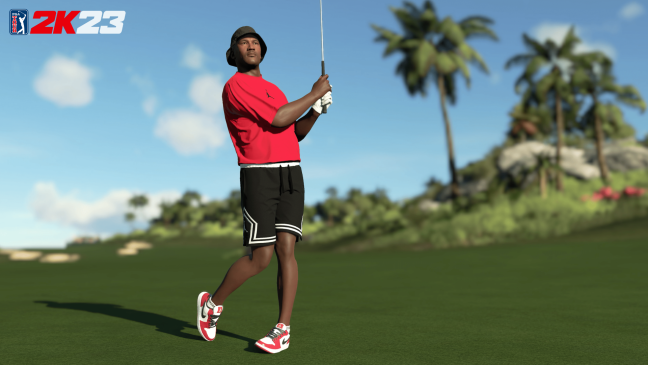 PGA TOUR 2K23 players will receive new content in December as an early Christmas present. Among other things, there is a new course to spread some festive spirit. This is joined by another playable character, time-limited challenges and also new clothes.

The new golf course is the Torrey Pines Golf Course. The 36-hole public course is located in the picturesque neighborhood of La Jolla in San Diego, California, at the top of the cliffs facing the ocean. This is where the PGA TOUR Farmers Insurance Open takes place. Both the north and south course shine with great views of the Pacific. You can get started here from December 2nd – free of charge.

Meanwhile, the game’s newest character is Matthew “Nadeshot” Haag, founder and CEO of premium lifestyle brand and gaming organization 100 Thieves. He will be available from December 15th, having previously featured in the game’s promotional campaign, among other things.

Following Nadeshot’s in-game appearance, a 100 Thieves “100 Holes Challenge” will begin in early January. Beginning January 5th, you are encouraged to play 100 holes per week for five weeks. Anyone who completes the 100 holes will receive that week’s reward on the Monday after. For more information, check out the in-game notification for the launch of the 100 Holes Challenge in January.

From December 8th to 14th you can also participate in the new “Barstool Break 90 Ladder Challenge” with branded gear from the most influential digital sports, entertainment and lifestyle multimedia brand. The aim is to achieve at least 90 points as often as possible in 18-hole courses. The more times you hit 90, the more Barstool items you earn.

The content program in December will be rounded off with new Pro Shop clothing from Greyson Clothiers, as worn by PGA TOUR pro and cover star of PGA TOUR 2K21 Justin Thomas – also free of charge.

The video acquaints you with everything that awaits you in the first season of the newly released PGA TOUR 2K23.

Qatar Cup: A milestone in technology and innovation

Game Pass: the Christmas sweater arrives, for the subscriber who doesn't want to look bad with his tree

A Plague Tale: Innocence could not be released, the first reviews of the game were terrible