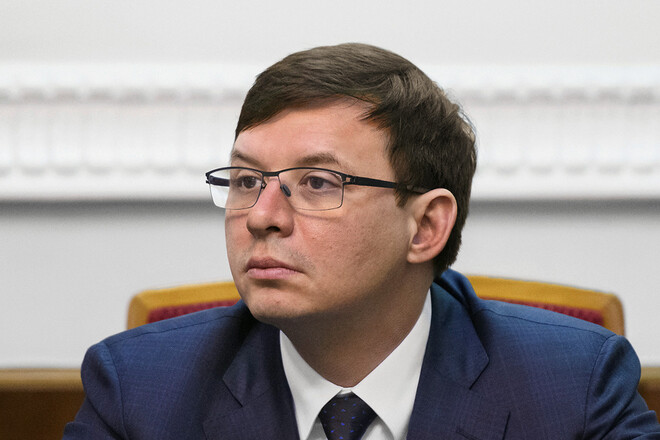 Security Service officers conducted a series of searches at the head of the banned pro-Russian party “Nashi” Evgenia Muraeva.

As a result of investigative and operational actions, cash was seized, including in Russian rubles, weapons, computer equipment and mobile phones, as well as other materials.

The events were held at the places of residence and in the offices of Muraev himself and his relatives, as well as with his closest associates. All this is within the framework of criminal proceedings under Part 1 of Article 111 of the Criminal Code (high treason).

Muraev is hiding from justice abroad. Despite this, the SBU initiated an independent examination of the politician’s statements. Their conclusions testify to the presence in these actions of signs of a crime under part 1 of article 111 of the Criminal Code (state charge). Namely, in the context of harming the information security of Ukraine.

“Also, according to the materials of the SBU, the narratives of Russian information propaganda were repeatedly circulated on the airs of the NASH TV channel controlled by Muraev. Because of this, as well as because of inciting ethnic and religious hatred, penalties were imposed on the TV channel,” the message says.

All seized materials have been submitted for examination. According to their results, further procedural actions will be taken.

It should be noted that in June the court banned Muraev’s Nashi party. This political force is designated by the Ministry of Justice as pro-Russian.

Muraev was unsuccessfully nominated in the elections to the Ukrainian parliament on the list of the KUCHMA bloc in 2007. Then he was again elected to the Kharkiv Regional Council, but from the Party of Regions (2010). From it, he first went to parliament in 2012 (181 constituencies). In 2014, Muraev won again in 181 constituencies, already as an independent candidate. In parliament, the politician joined the Opposition Bloc faction.

In 2017, Evgeny Muraev, together with Vadim Rabinovich, began to develop the For Life party. Then Muraev began to promote his party. Muraev owned the NewsOne channel, but then sold it to the MP from the Opposition Platform for Life, Taras Kozak. He also owned the NASH channel. In February, prior to Russia’s full-scale invasion, the NSDC imposed sanctions against this channel.

PlayStation Plus Extra and Premium: when will the December free games be announced?

WhatsApp will no longer work on some smartphones from 2023

COD Warzone 2.0 is filled with ‘murderous ghosts’: the invisibility glitch is back