One of the best Gamecube games is waiting for you to rediscover it. With Tales of Symphonia, Bandai Namco delivered a true role-playing masterpiece for Nintendo’s video game cube in 2003. With a charming look, a gripping story and a great combat system, it won the hearts of role-playing fans at the time. They were also convincing in the tests, which is why the Gamecube no longer had to hide from Sony’s PlayStation 2. Nevertheless, a few years have passed since then, reason enough to let the epic shine in new splendor. Twenty years later, players can soon expect the new edition, which is now beautifully presented to newcomers with a story trailer:

In a dying world, a legend says that one day a chosen one will arise from among the people and the land will be reborn. The line between good and evil blurs in this epic adventure! A gripping journey where the fate of two interlocking worlds hangs in the balance.

An Epic Adventure: Over 80 hours of gameplay in an epic, emotionally charged story
Real-time 3D combat system: Experience the wild, action-packed combat system. Combine hundreds of special attacks and spells.
A classic graphic style is revived: Be captivated by the lovable characters in cel-shaded style, designed by the well-known graphic artist Kosuke Fujishima.
The first time for Xbox: This RPG classic is based on the PlayStation 3 port of the original GameCube game and will soon be available for the new generation of consoles. 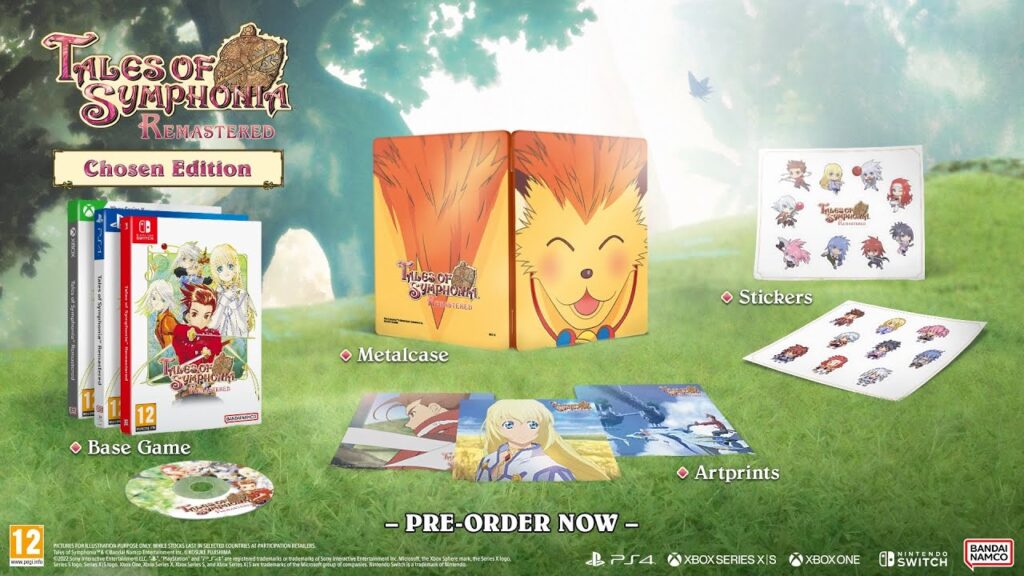 Tales of Symphonia Remastered will be released on February 17, 2023 for Nintendo Switch, PlayStation 4 and Xbox.

Marvel’s Midnight Suns is a financial flop – why is it?

Gaming headset: the excellent Arctis 7P+, designed for the PS5, loses more than a third of its price

Aroged: The authors of the SOMA horror film are preparing its spiritual successor

Paramount+ is available in France: prices, series and films from this Netflix and Disney+ competitor

Armored Core VI: Fires of Rubicon: Boss fights are the highlight of the game