NACON and KT Racing announce that “WRC Generations”, the official game of the FIA ​​World Rally Championship, is now commercially available for Nintendo Switch. The digital version will be released a little later in December. 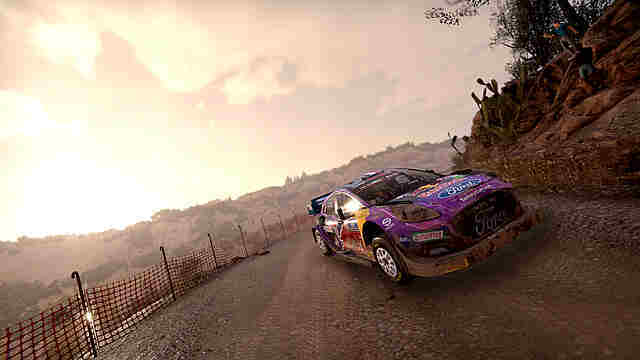 “WRC Generations” marks a turning point for the franchise and is the largest rally game to date, which can now also be experienced on Nintendo Switch. The league mode, one of the most important new features, is a new, long-term ranking system. This makes it possible to compete alone or in teams in daily and weekly challenges against other opponents of the same strength. The introduction of hybrid cars brings with it a whole range of innovations. After selecting the most suitable cartography for each special stage, the drive should be used strategically. The new Livery Catalog allows for community-created liveries and decals to be shared, with a voting system highlighting favourites. Finally, by creating teams, challenges can be accepted and the rankings of the respective group can be climbed.

To accommodate the console’s specs, the Nintendo Switch version has a separate ranking, so the cross-platform features are reserved for PlayStation 4, PlayStation 5, Xbox One, Xbox Series, and PC.

The Callisto Protocol on PC: revealed the requirements to play at Ultra settings

Official trailer for Indiana Jones and the Dial of Doom released

For the first time in more than 30 years, the SI system was replenished with new prefixes – the Earth now weighs 6 ronnagrams