The Chinese company YMTC has fulfilled its previously planned plans and launched mass production of 232-layer 3D NAND flash memory chips, thereby overtaking much more famous market players in the face of Kioxia and SK hynix in this matter. Note that Samsung and Micron announced mass production of flash memory with over 230 layers earlier this year. 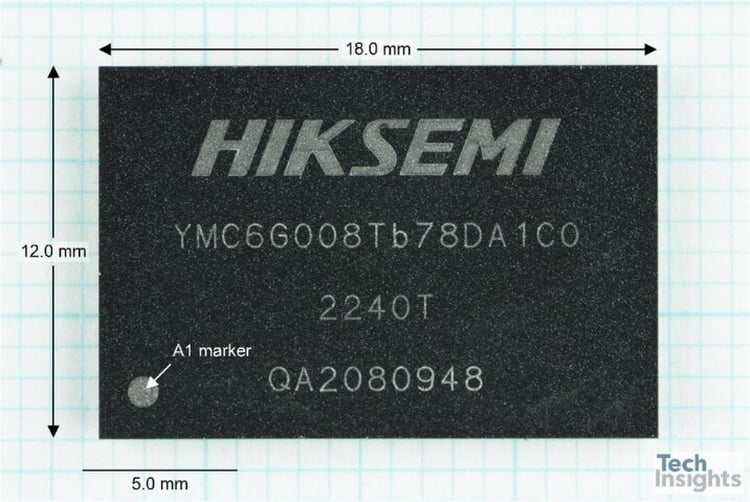 The Chinese manufacturer announced the 232-layer YMTC X3-9070 memory in August of this year, at the same time introducing the company’s innovative Xtacking 3.0 memory architecture. It involves the compilation of a NAND chip from two crystals: one houses an array of 3D NAND memory cells, and the other houses the power and control circuits. Arrays and controllers can be produced using different technical processes, since the first and second are made on different silicon wafers. Subsequently, the control chip is combined with the arrays of memory cells, and the output is a full-featured 3D NAND memory chip. Separate production of cells and controllers allows you to save space on the plane of memory crystals (produce more cells from each plate), as well as upgrade cells or controllers without being tied to the production of one and the other. 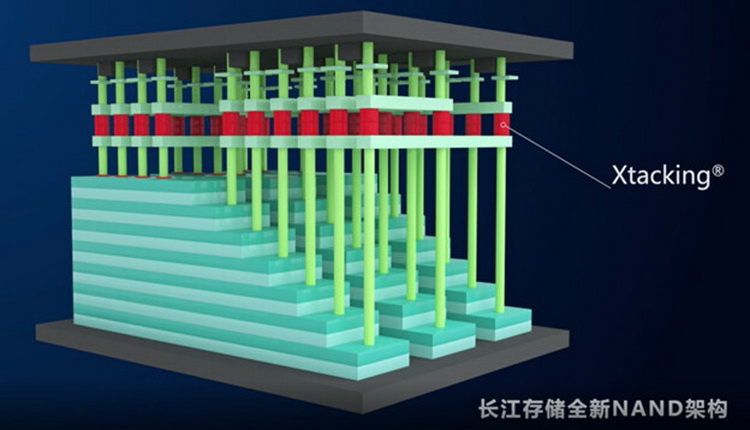 For the Chinese YMTC, and for the entire industry in general, the mass production of 232-layer memory is a very significant event. It’s even more impressive when you remember that YMTC entered the memory business relatively recently, in 2016, when more eminent market players have been involved in these technologies for more than two decades. 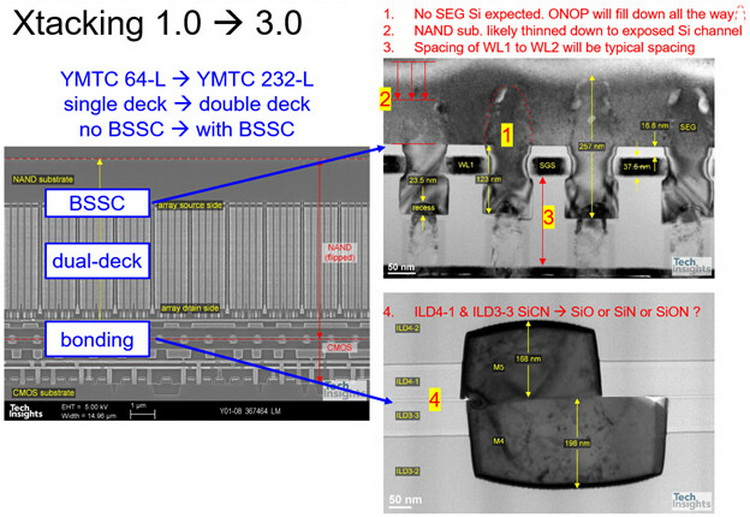 The first version of the Xtacking architecture, which debuted in 2016 and allowed the production of 64-layer flash memory chips, involved an inexpensive way to solder silicon wafers. Already in 2020, YMTC entered mass production of 128-layer 3D NAND flash memory. It was based on the Xtacking 2.0 architecture introduced a year earlier, which used nickel silicide (NiSi) in the memory chip structure instead of tungsten silicide (WSi) to improve the performance of the chips themselves and their I / O speed. Such a rapid evolution of low-cost flash memory impressed Apple so much that it signed a contract for the supply of components with a Chinese manufacturer. However, due to sanctions, Apple was forced to terminate this partnership in October 2022. 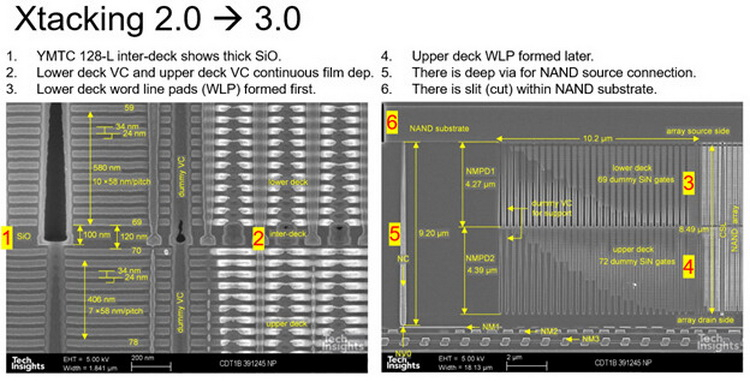 Introduced this year, the Xtacking 3.0 architecture further simplifies the manufacturing process, reduces costs, and at the same time allows for the production of more multi-layer flash memory chips. Inexpensive 232-layer YMTC flash memory will definitely find a huge number of buyers among manufacturers of consumer electronics, smartphones, TVs and other equipment. The use of multilayer memory directly affects the size of electronic devices. The more layers of memory chips, the fewer chips are required for a particular device, which reduces the cost of its production or allows you to increase production volumes.

Pokémon Scarlet and Violet: A new Raid will be available from February