Frictional Games has announced Amnesia: The Bunker for PS4, Xbox One, Xbox Series X and PC. A trailer for the survival horror title is also available. 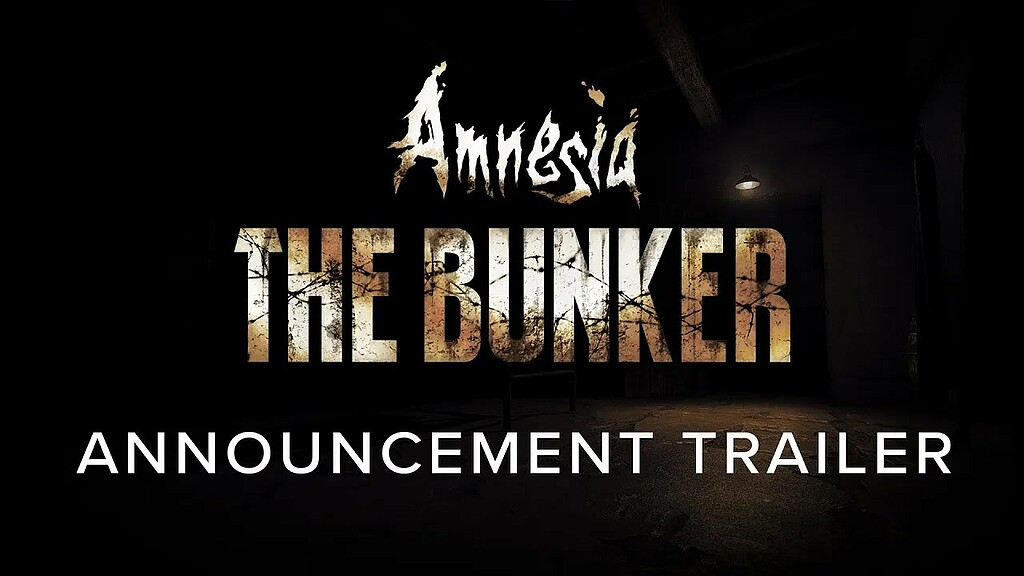 Here we get very dark pictures from “Amnesia: The Bunker”. The release of the game is currently planned for March 2023.

“Amnesia: The Bunker” is the latest installment in the Amnesia franchise and a central point in the popular horror series. For the first time, players have a high degree of freedom to influence gameplay and choose their playstyle while exploring this semi-open world at will.

There are hardly any scripted events and a constant tension brought on by an ever-present threat, leaving it up to each player to hone their approach to survival.

Unlike previous Amnesia games, Amnesia: The Bunker will offer a new breed of horror survival adventure that will incorporate novel gameplay and sandbox elements into the mix. Players are in total control of their moment-to-moment decisions. Armed with a revolver pistol and a loud dynamo flashlight, players traverse a dimly lit World War I bunker in the footsteps of a French soldier plagued by amnesia and hunted by an otherworldly creature.

Amnesia: The Bunker will test players’ cleverness, courage and ability to stay cool under pressure and make quick problem-solving decisions. Multiple solutions are available for every task, puzzle and obstacle in the game; it’s up to you to choose your moves.

The gloomy, dark corridors and tunnels are perhaps the last menace chasing your every turn. When everyone is dead, rations are low and only one bullet remains in the gun barrel, it’s up to you to face the oppressive horrors of the bunker and make it out alive.

Set in a semi-open world, Amnesia: The Bunker encourages exploration and experimentation, using your wits and all the tools at your disposal to overcome the horrors that threaten. Players will feel the power in their hands. Each decision changes the outcome of the game as a consequence of the decisions made. This new twist in gameplay brings new depth and constant excitement to the game, forcing players to explore new strategic paths with each playthrough.

iMessage is coming to Android devices thanks to a new app

In China, a woman tried to illegally export 200 Intel processors, pretending to be pregnant