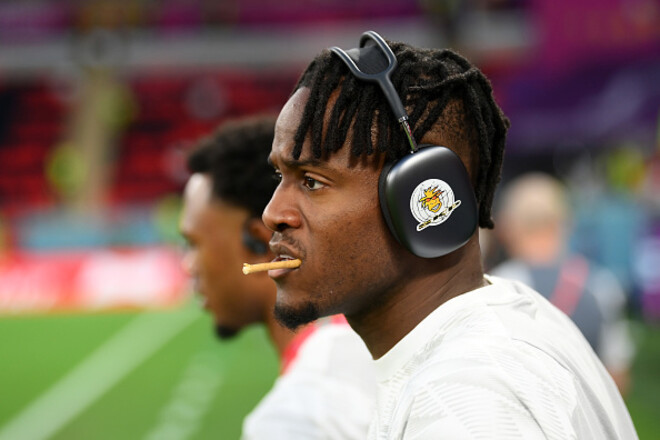 Belgium striker Misha Batshuayi commented on the draw with Croatia (0:0) in the 3rd round of the 2022 World Cup, after which the Belgians dropped out of the tournament:

“Of course, I am disappointed, we flew out, we are now out of competition. I’m a striker and I’d like to do my job and score and help the team. It’s a disappointment that they took off like that. We only won once, but Belgium needed to play better. I don’t want to say that we don’t deserve to be relegated, but we should have played better. One disappointment.

The resignation of head coach Roberto Martinez? We were surprised, he told us this with tears in his eyes. There are many players who cried, for some this is the last match. This is the World Cup, this is not a friendly match. The World Cup is only held once every 4 years, and it is normal that there are many regrets.”

Belgian defender Timothy Kastan: “We had some great moments, but they didn’t materialize. It was a very good meeting, the game was open, we tried to play well. It’s not like the first two matches where we thought we could do better. We gave everything, we tried, but it does not pay off. We know we should have done better. It’s a shame to leave the tournament when we gave everything today.

Misses Romelu Lukaku? I would not say that he is an antihero, because he has chances, he creates them. He gives, he holds the ball, he plays with balance. Maybe if he wasn’t there, we wouldn’t have such a chance. I don’t think we can blame him. He gave it his all and tried his best.”

Failing to qualify from a group where they were overtaken by Morocco and Croatia, the Belgians leave Doha in one of the biggest disappointments of this World Cup. Belgian mentor Roberto Martinez has resigned.

Vodafone raises the subscription fee in SuperNet prepaid tariffs by 20%: from February 10, at least UAH 175 per month, maximum – UAH 360 per month – Aroged