Battlefield 2042 may have fallen noticeably short of the high expectations, but the makers have by no means given up on the shooter. This is one of the reasons why people are now daring to take a first look at what is planned for the new year 2023. 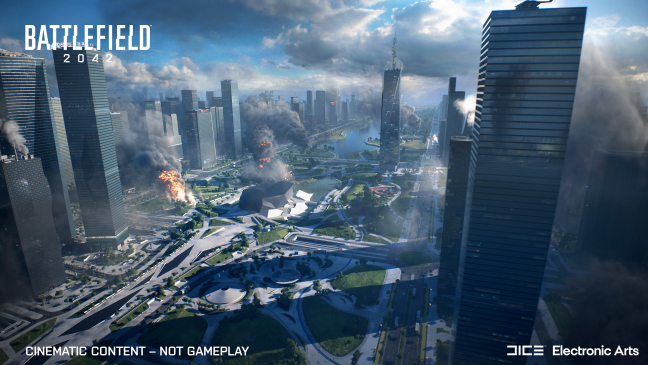 In a more detailed blog entry, developer DICE has commented on the plans for Battlefield 2042 in the coming year 2023. Accordingly, both Season 4 and Season 5 are in the starting blocks after Update 3.2 has been released for the game.

Season 4 is scheduled for early 2023 and will mark the end of Year 1 of the game. Among other things, you can expect a final specialist, a new Battle Pass, new hardware and more in this new season. The specialist will belong to the scout class. Another map will also be part of this season, although this one will be smaller, shorter and more linear for close-quarter combat.

But the plans at DICE already go beyond the fourth season. Season 5 is also in the works and should bring more content that you are used to from year 1. The fifth edition will also bring a new map, new hardware, another Battle Pass and more at the start of Year 2. Season 5 also wants to take a look at previous titles and bring them into the world of Battlefield 2042. In short: There should probably be some nostalgic content.

Before that, there will be update 3.1 later in December, which will bring a new version of Manifest (HQ flags closer to the action, tighter playing field, improved visibility and more). With the aforementioned update 3.2 in early 2023, the classes will be reintroduced. Existing specialists are given defined roles with gadgets and equipment that best suit their tasks.

If you are interested, you can read the full blog entry here.

Another trailer for Season 3: Escalation of Battlefield 2042 introduces you to the new Battle Pass in more detail.

PlayStation Christmas gifts: PS5, games, DualSense, covers and gadgets not to be missed

The Callisto Protocol - the first 20 minutes

Android 13 / WearOS: here are the new features for this month of December