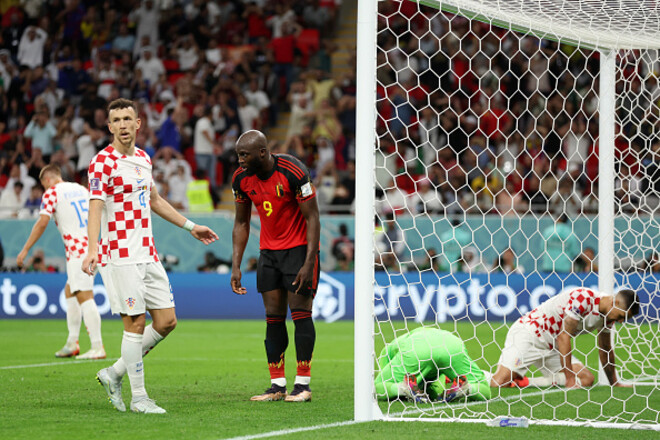 We invite you to take a look at our collection breaking news and materials for Aroged for Thursday, December 1st.

Tournament tables of the 2022 World Cup. Two vacancies left in the playoffs
The teams of Argentina, France, Poland and Australia advanced to the 1/8 finals

World Cup 2022: six out of eight pairs of 1/8 finals are known
Friday is the final day of the group stage

On the razor’s edge: Spain knocked out Germany from the Mundial, losing to Japan
Red Fury finished in 2nd position and got a handy opponent

The collapse of the Bundestim. Germany beat Costa Rica, but did not reach the playoffs
The Germans for the second consecutive World Cup can not leave the group

It’s a miracle they didn’t miss it. Croatia leaves Belgium without World Cup 2022 playoffs
The silver medalists of the previous World Cup beat out the bronze medalists from Qatar

Master class for Canada from Morocco. Ziyech and company reached the 1/8 finals of the World Cup
Moroccans beat rivals with a score of 2:1

VIDEO. Lukaku smashes bench after elimination from 2022 World Cup
The Belgian striker had a disastrous match

They played by candlelight. Zorya got a draw at the end of the match against Kolos
The match was interrupted due to air raid and power problems.

It became known how much Shakhtar received by relinquishing the debt on Matuzalem
From now on, the Spanish Zaragoza is no longer the Pitmen’s debtor

The worst transfer in the history of Serie A. A player from Russia was humiliated in Italy
Journalist Tancredi Palmeri spoke about the career of Alexander Kokorin in Italy

Kontiolahti-2022. Ukraine was almost closed for a circle in the women’s relay
There were no equal Swedish biathletes

Kontiolahti-2022. Norway won the men’s relay, Ukraine was 9th
Dmitry Pidruchny did not impress in his first race of the season

East is a delicate matter. Scandal at the 1982 World Cup with the sheikh, which cost Stupar’s career
Ukrainian Miroslav Stupar made not the best decision at the World Cup 40 years ago