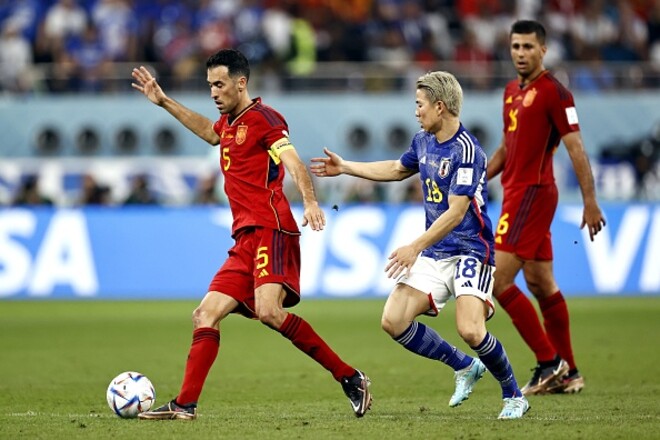 Spain midfielder Sergio Busquets commented on the defeat in the match of the 3rd round of the 2022 World Cup against Japan (1:2).

“It seemed that we were in control of the match, and the Japanese were hoping for a counterattack. At the beginning of the second half, we made mistakes, the opponent started to approach the goal, creating dangerous chances.

Spain wanted to win. Now in the 1/8 finals we have to play with the national team of Morocco, it will be a very difficult match. We did not choose an opponent in the playoffs, whoever he was. The fact that someone took first or second place does not mean that it will be easier or harder.

It was inconvenient for us, because the Japanese were very good at closing the options for passing between the lines, it was difficult for us to create dangerous chances. We knew it was going to happen, those two goals gave them confidence.”

In the 1/8 finals, the Spanish national team will play against Morocco, the match will take place on December 6 at 17:00 Kyiv time.

Evgeny LEVCHENKO: “Zabarny is ready to move to the Premier League”

Vitaliy KLICHKO: “Kyiv is recognized as the best city in the world in 2023”