Actually, “Company of Heroes 3” should have been released on November 17, 2022, but nothing came of it. At the beginning of October, the Canadian developer Relic Entertainment and publisher SEGA pushed back the date by almost twelve weeks: to February 23, 2023. A time cushion that the team does not want to use for new features, but only for even more fine-tuning. At a detailed hands-on event in London, we were able to find out how well the practically finished version already plays. So much in advance: There we not only had the opportunity to try out different game modes for more than six hours, but also for the first time the opportunity to take a close look at the storytelling within the campaign and to find out more details about the modding tools available from day 1 bring. 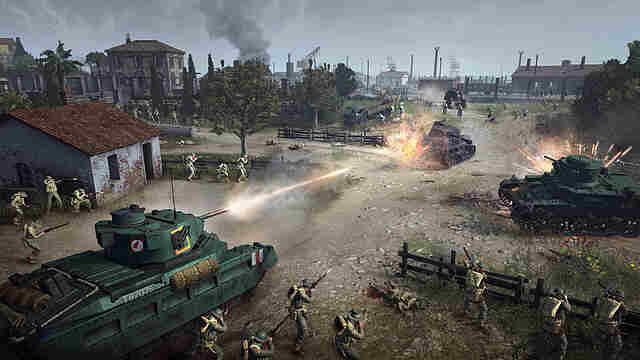 In Company of Heroes 3, vehicle positioning plays an incredibly important role. For example, if you take side or rear hits on a tank, you will take more damage.

But enough preliminary banter and straight to the beginning of the hands-on version. It begins where the final game will ultimately take off: near the city of Gela in southern Sicily. Here, in the role of the US troops, we have to advance for the first time onto terrain fortified by the Wehrmacht. Relic heralds the mission with an animated cutscene in which a US soldier writes a letter to his girlfriend Maggie back home. The GI talks about his almost five-month training in North Africa and then how he assesses US General Buckram and his British colleague Norton (neither of whom really like each other). 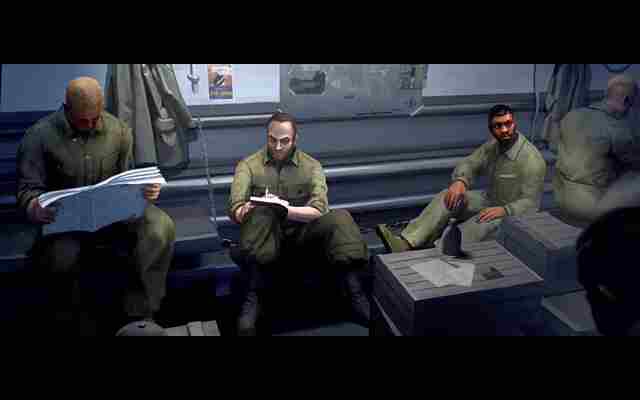 The hand-drawn cutscenes fit well with the atmosphere of the campaign. Only the thick black bars are visually disturbing.

It’s a quiet, personal introduction to a complex game that aims to take historical events seriously, not to romanticize war, and to look at the greatest conflict in human history to date from very different perspectives. Minutes later we are in the middle of a hectic landing operation on the beach of Gela. Artillery shells tear huge craters in the sand, wreckage of tanks flies meters through the air, machine gun fire constantly rains down on our troops, allied fighter planes rush through the air at breakneck speed, and all the while Corporal Joe Conti keeps yelling what has to be done. “We have to fire up the guns, otherwise they will tear our ships apart!” Conti said clearly. 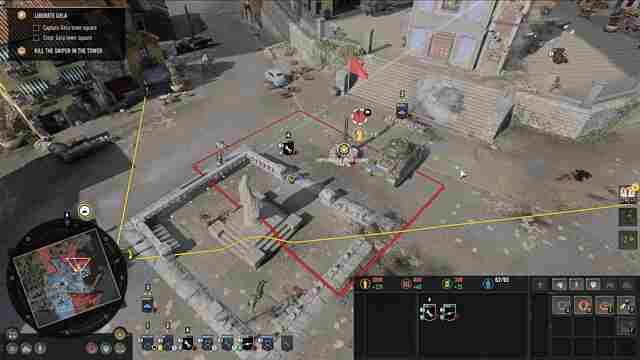 Towards the end of the opening mission in Gela, Sicily, you must eliminate a sniper in a bell tower.

What follows is an extensive tutorial mission that introduces the main mechanics of the RTS gameplay of “Company of Heroes 3” step by step. Camera, unit and vehicle control, capturing resource points, the cover system, capturing buildings, the tactical pause that can be switched on at any time with the spacebar, the basics of basic management – all this and more is explained here briefly and concisely and can then be tried out directly will. Great thing!

PSVR 2: some games will be distributed in both physical and digital formats