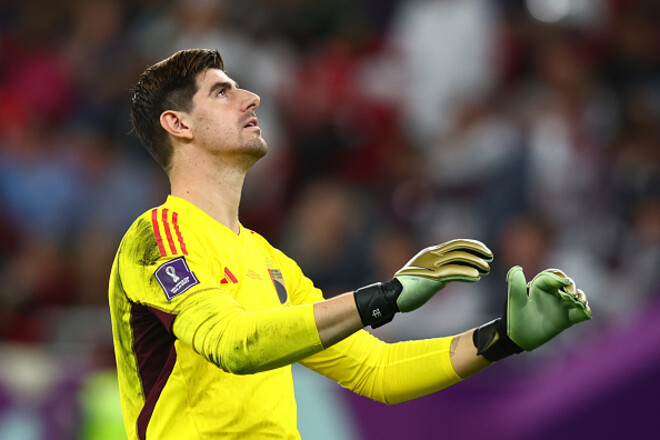 Belgium goalkeeper Thibaut Courtois commented on the draw with Croatia (0:0) in the 3rd round of the 2022 World Cup, after which the Belgians dropped out of the tournament.

“If we don’t win anything, then we are not the golden generation. But we are a generation with a large number of talented and great players. We showed at the 2018 World Cup that we can play well. But at Euro 2020 and here, we were not ourselves. A little embarrassing. Let’s see who leaves and who stays. In March, there are already matches for qualifying for Euro 2024.

This is not what we wanted. But we knew from the very beginning that we would have to face three difficult opponents. In the first match against Canada (1:0) we won, although we probably didn’t deserve to win. In the second match, a draw would have been fairer (lost to Morocco 0:2).

Today we found ourselves with our backs to the wall, playing against a good team. We showed what we wanted to see, but hit the posts. The ball did not want to go into the goal. This is football. We did everything to win. It was in the second match that we didn’t do what we should have done.”

Failing to qualify from a group where they were overtaken by Morocco and Croatia, the Belgians leave Doha in one of the biggest disappointments of this World Cup.

A PHOTO. Millimeters in the fate of Germany. Did the ball go off during Japan's goal?

Critics Praise New Tales from the Borderlands for Script, Characters and Humor

Pre-registration for the second season of Torchlight: Infinite is open